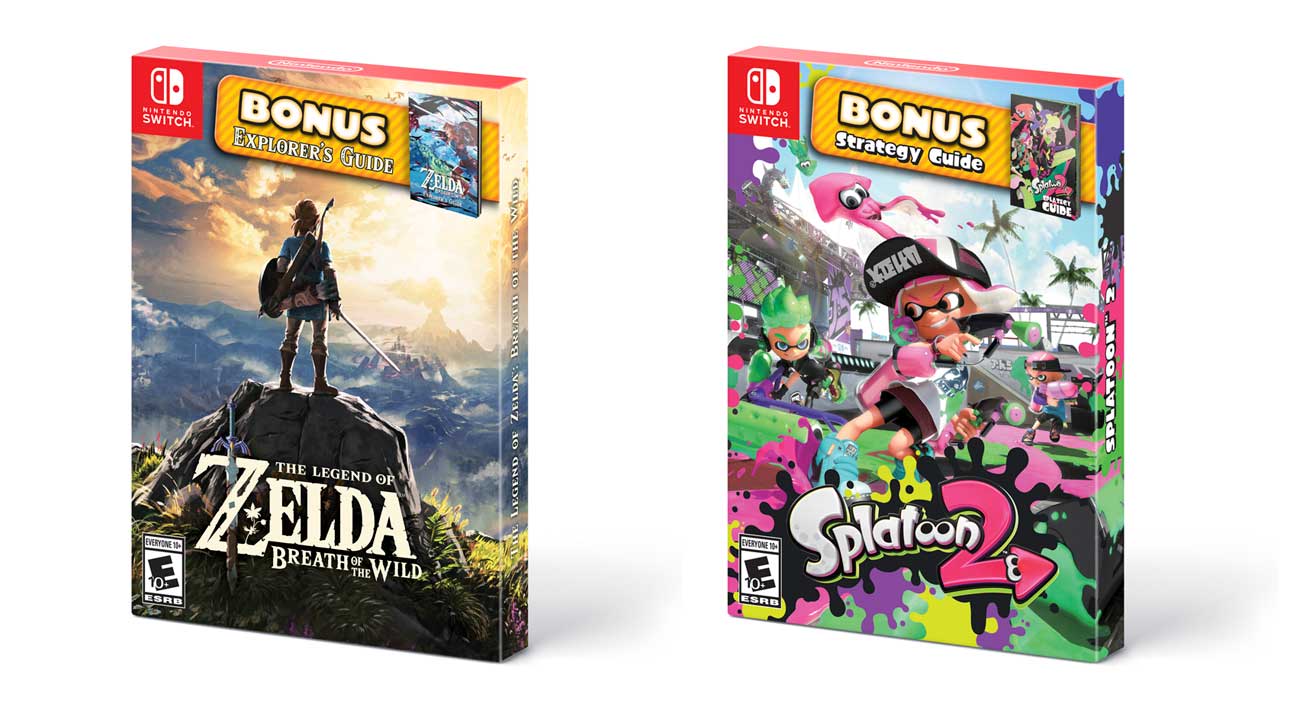 Once in a while on any given random week, Walmart will discount select popular Nintendo Switch titles at 25% off, making the game $45 flat with free shipping. For any other gaming platform this wouldn’t be much of newsworthy deal – but given how rare Nintendo games are on sale (especially first-party titles), $45 flagship Nintendo titles are always worth mentioning for those who want to avoid the Nintendo tax.

This week, Walmart has three excellent Nintendo titles on sale: The Legend of Zelda: Breath of the Wild, Super Mario Odyssey, and Splatoon 2. All three titles are on sale for 25% off to $45 and includes free two-day shipping. For Breath of the Wild and Splatoon 2, the deal extends to the same “Starter Pack” bundles which include a strategy guide for each respective game. While you won’t find anything groundbreaking in these strategy guide – since they are the same price as regular copies you may as well pick up the Starter Pack versions for the nice ~100 color-paged guides.

Given Walmart now includes free two-day shipping to compete with Amazon, these are pretty good deals especially for those who would rather have physical copies of their Nintendo games. For those who were wondering, the other $45 deals we saw earlier this month fro Walmart was on Super Mario Party and Mario Tennis Aces. While Walmart has a few other random Nintendo titles on slight discount, these titles are the only legitimately good deals (everything else on sale has been cheaper before at Walmart or elsewhere).

Note: we’ve also linked to the non-Starer Pack version of The Legend of Zelda: Breath of the Wild and Splatoon 2 above – just in case the former goes out of stock.

Game deals brought to you by the crew at Dealzon. Disclaimer: sales from certain retailer help support Siliconera.