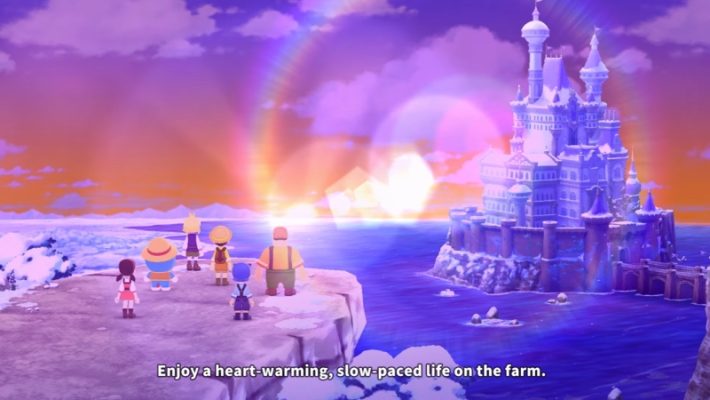 The release date trailer for Doraemon Story of Seasons: Friends of the Great Kingdom reveals more about the game and some of its additions.

Doraemon Story of Seasons: Friends of the Great Kingdom takes place on the planet of Illuma. Noby, Doraemon, and their friends travel there and meet a new companion, Lumis. They agree to live on his farm and help him achieve his dreams. As in the previous game, they’ll raise animals and plant and harvest crops in the classic Story of Seasons approximation of farm life. Additional gameplay is enabled by Doraemon’s signature Secret Gadgets. The graphics have been improved for the sequel, with enhanced lighting and an emphasis on Illuma’s natural beauty.  The game includes two-player cooperative mode online that allows players to farm in pairs.

Pre-orders and early purchases of Doraemon Story of Seasons: Friends of the Great Kingdom will net some DLC bonuses. Items like a Summer Wear Set, Home Furniture Set, and Sweet Seeds Set will be included in packaged editions of the game. There’s also a Digital Deluxe edition of the game that includes a Season Pass (promising three DLC packs), two seed set packs, and a digital soundtrack with more than 80 pieces of music from both games in the series. Finally, players who herded Doraemon and crew through Shizen Town in the first game will be given a Natura Garb set for their trouble.

Doraemon Story of Seasons: Friends of the Great Kingdom launches on PS5, Switch, and PC on November 2, 2022.