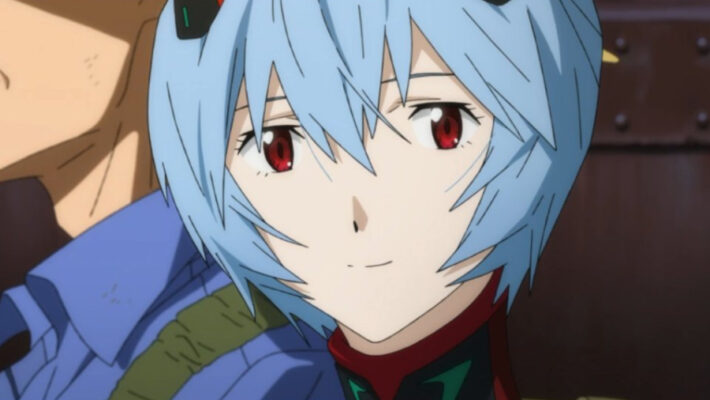 Megahouse is releasing a new Precious G.E.M. figure of Rei Ayanami from Evangelion 3.0+1.0 Thrice Upon a Time. Fans should be warned, however, as the figure’s appearance itself is a major spoiler for the events of the latest movie. The figure will cost ¥17,380 (about $150) and ship sometime in September 2022. This is the first appearance of the figure’s painted prototype.

Note: The Evangelion 3.0+1.0 Rei figure features spoilers for the films.

The figure itself stands at 225 mm tall (about 8 inches) including the base. The figure shows Rei Ayanami in her iconic white plugsuit, but with one major difference. While Rei’s hairstyle is typically cut short, the figure instead features the character with long, waist-length hair. She also sits on what looks to be a stone structure. Her appearance is based on a scene towards the end of Evangelion 3.0+1.0 and is a major plot point for the Rebuild of Evangelion film series. 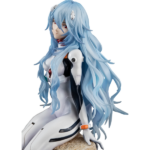 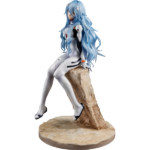 Megahouse also uploaded a video showing a 360-degree view of the figure, which you can check out below.

Evangelion 3.0+1.0: Thrice Upon a Time debuted in Japanese theaters in 2021. Since then, characters from the movie like Mari, Asuka, and Rei have appeared as figures in various forms. Similarly, many of those figures also contain spoilers for the events of the movie.