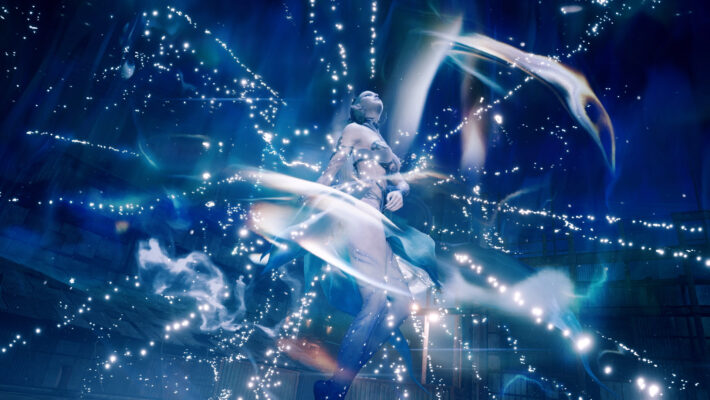 Square Enix shared a new video focusing on the FFVII Remake version of Shiva. The classic summon appeared in multiple Final Fantasy titles. In each one, she’s brought ice attacks like Diamond Dust to the fight. To help people better understand how this version came to life, the brief trailer looks at the different phases of her development.

First, the video offers a split-screen look at early versions of Shiva in FFVII Remake. The top half of the screen shows the hand-drawn storyboards. These show the concepts for her summon movie. The bottom half looks at the prototype. This shows early models in the game acting out the possible attack. Finally, at about the halfway point, it shifts to in-game footage. We see Cloud summon Shiva properly to deal with a foe.

From storyboard concepts through to the final game, watch Shiva come to life in @FinalFantasy VII Remake ❄️ pic.twitter.com/kidFfo3IxI

Editor’s Note: The next paragraph will include spoilers for how to acquire Shiva in FFVII Remake.

You can pick up Shiva as a summon fairly early in the game. Once you reach the Sector 5 Slums for the first time, you’ll get a chance to collect her. After you pick flowers with Aerith and deliver them to Leaf House, you’ll have free time. Go talk to Chadley. He’ll explain that he can create Summon Materia if you first beat the character you’d summon in a VR match. The battle available, which acts as a tutorial for this feature, is Shiva. As an ice-based opponent, she’s weak to fire. Equip fire materia, make sure you have the Ifrit summon materia Jessie gave you earlier, defeat Shiva, and you’ll get her as a summon as well.

Final Fantasy VII Remake is available on the PS4. FFVII Remake Intergrade can be found on the PS5 and PC. As a reminder, PlayStation Plus subscribers who claimed the free PS4 copy of FFVII Remake can now upgrade to the PS5 Intergrade version for free.