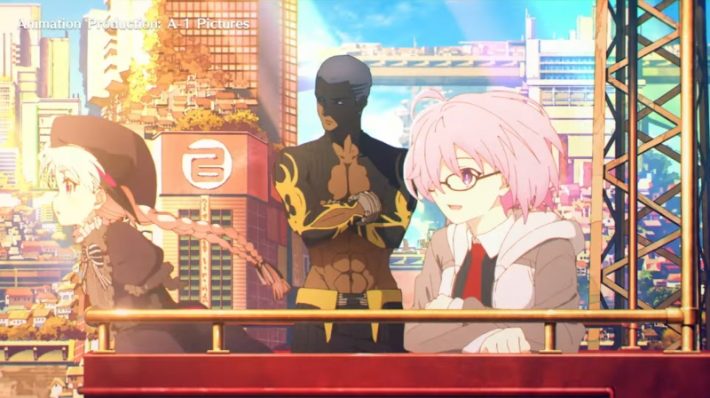 Check out an animated teaser promo for the event below.

The premise of the FGO x Fate/Requiem event lies in the latest trend sweeping the halls of Novum Chaldea: Board games. Servants and staff alike are caught up in a tabletop craze, until Servants start disappearing. While investigating where the heroes of myth and legend were whisked off to, the Masters of Chaldea meet a young boy who teleports them to Akihabara, hobbyist capital of the world. There they’ll progress through a gauntlet of mystic board games in search of their missing Servants, and a certain girl with a connection to whole affair.

Fate/Requiem itself is a novel series by author Meteo Hoshizora. Hoshizora worked on the Fate/Stay Night expansion Fate/Hollow Ataraxia, and also wrote visual novels and adventure games for developer Liar-Soft. The story of Fate/Requiem takes place in 2025, fourteen years after the unchecked proliferation of Holy Grail War rituals kicked off World War III. The involvement of magic and Servants in warfare devastated the globe, reducing most nations to ruins. The war ended when the victor of the final Grail War made it so that all people have their own personal Holy Grail, allowing them to summon a Servant that determines their life path. Utsumi Erice is the only person in the world, though, without her own Holy Grail. Without her own Servant, she’s given the role of “Reaper”, and assigned to hunt down stray Servants that break the rules of the world.

Players who participate in the FGO x Fate/Requiem event will receive their own free 4-Star Lancer-class playable Servant, based on Utsumi Erice herself.

Players willing to role on the summon banner will also get a chance at two new limited Servants. One is the 5-Star Foreigner-class Voyager, and is based on Voyager 1, the NASA space probe launched in 1977, and the furthest man-made object from Earth.

The second Servant available on the banner is the 4-Star Berserker Kijyo Koyo, a famed oni demon based on Mount Togakushi. In her bestial, fire-breathing form, she was featured in the Noh play, Momijigari. Her Noble Phantasm is below.

Fate/Grand Order is available on iOS and Android. The FGO x Fate/Requiem event begins on May 6, 2022 and runs until May 19, 2022. The Japanese edition of the game is running an event with Servants designed by artist Riyo.