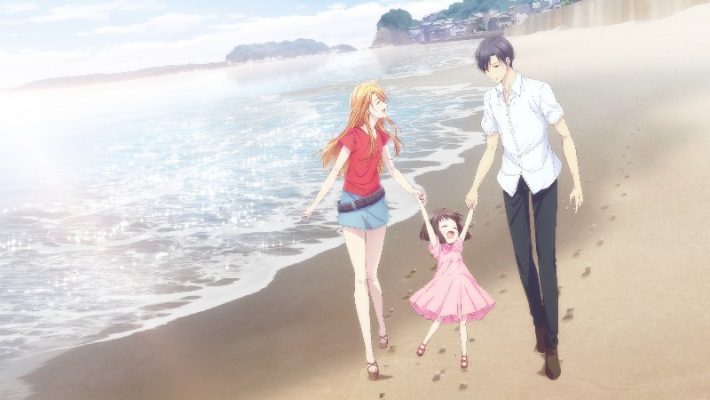 The announcement also involved details about when people can buy tickets. Fandango will begin offering them for the North American releases on June 3, 2022. People in the UK won’t be able to buy them until June 24, 2022.

Here’s the poster for the movie. As this is a prequel, it stars Tohru Honda’s mother Kyoko and father Katsuya. It shows how the two met and fell in love. However, Tohru and Kyo Soma will make cameo appearances.

The official English dub cast was revealed as well. Here’s who will play every character in the film. Both Tohru and Kyo’s voice actors will reprise their roles.

And here’s the new dub trailer.

For more of its story, here’s another video looking at it. It features the original Japanese voice acting and English subtitles.

The Fruits Basket Prelude release date for the USA and Canada is June 25, 2022. Additional showings will appear on June 28-29, 2022. It will appear in the UK on July 20, 2022. The Fruits Basket movie debuted in Japan in February 2022. People can see the new version of the anime on Crunchyroll. Yen Press handles the English version of the manga now.