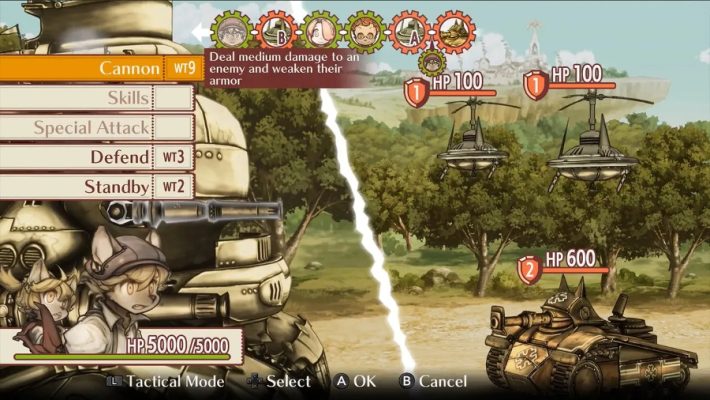 [Update: Developers at Cyberconnect2 responded on July 28, 2022 to the content of the leaks via Twitter to correct some errors. Check out this link for the response. We’ve also edited the article to correct some of the points raised.]

New details concerning the gameplay and release date of Fuga: Melodies of Steel 2 have appeared ahead of CyberConnect2’s official broadcast. Fuga: Melodies of Steel 2 will reportedly release sometime in 2023 for previous and current generation Xbox and PlayStation consoles, as well as the Nintendo Switch and PC. Furthermore, the game will feature improved gameplay mechanics, an expanded story, and more. [Thanks, ryokutya!]

According to prominent Japanese tipster ryokutya2089 via this week’s issue of Famitsu, CyberConnect2 has reportedly completed 60% of the game’s development. The sequel will take place a year after Fuga: Melodies of Steel‘s true ending. As such, those who have completed the first game and still possess the save data will get access to special content. Additionally, CyberConnect2 reveals that there the story cutscenes will be “twice the volume,” and will continue to focus on Malt as the protagonist.

In terms of gameplay, CyberConnect2 revealed Turbo mode, which speeds up route progression movement, will be available on launch. Players will also have access to significantly improved airship technology. This will allow the player to not only use them for support but also deliver airstrikes and replenish their supplies.

Notably, CyberConnect2 also states that the sequel will feature a “judgment system” where player choices will affect the outcome of the story. This judgment system will also affect the interactions and relationships between characters.