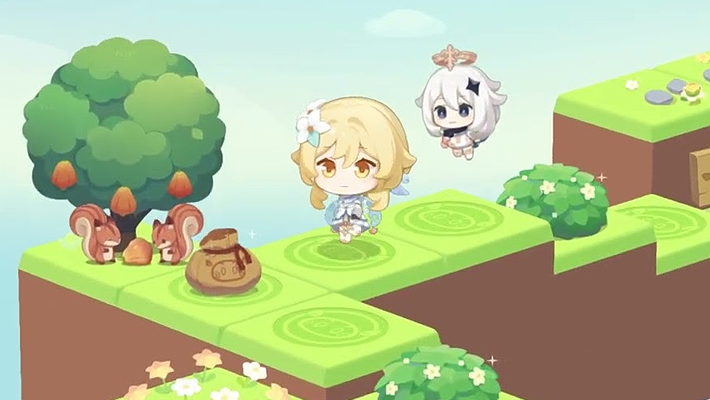 miHoYo has released a Genshin Impact animated emoji pack based on the New Adventure? Let’s Go! event. A total of 12 new animated emojis are available to use. The Genshin Impact animated emoji pack includes Paimon, the Traveler, a Hilichurl, a Dendro Slime, and a cat. The emojis can be saved externally to use outside of the HoYoLAB website as well. A total of 6 emojis are available for the Traveler, which includes both versions of the character, with 3 animated Paimon emojis available in the pack. The last 3 emojis are dedicated to the mentioned Hilichurl, Dendro Slime, and cat.

The Genshin Impact New Adventure? Let’s Go! event featured a board players could traverse using dice rolls. Additional dice rolls were available to acquire every day to increase the distance traveled over the board. Acquiring Adventure Coins by traversing the board yielded rewards like Primogems and level-up materials for weapons and characters.

Additionally, the Genshin Impact Marvelous Merchandise event is set to appear soon. This event will have players collecting Boxes o’ Marvels to reap various rewards, which will sometimes be based on how far they have progressed in the game. Players can obtain Primogems, Mora, Hero’s Wit, and Mystic Enhancement Ore through event participation.

Genshin Impact is available for PlayStation 4, PlayStation 5, PC, and Android and iOS devices. It is in development for Nintendo Switch.