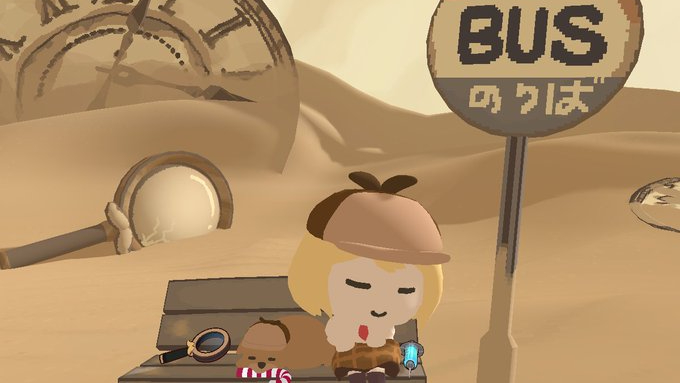 Smolverse is now LIVE! Go check it out yourselves now~ Just hop in VRChat and launch the world using this link ????https://t.co/sJIgWIf4IN

The Smolverse VR Chat world originally appeared during the hololive English one-year anniversary stream back in September 2021. Since then, VTuber Watson Amelia has used the world in collaboration streams with other VTubers. Users can now access the world via a public server without the use of a VR headset. Additionally, Amelia urges fans to share screenshots of the server via the #Smolverse hashtag.

Dedicated to the founding members of hololive English, the VR Chat world features rooms themed around each member of hololive Myth. Amelia Watson’s room features a “smol” version of the character sleeping at a bus stop at the end of time, while Gawr Gura’s room is an underwater ruin. Furthermore, the central hub connecting to each room includes a large crying statue of Yagoo, the founder of Cover Inc.

Hololive English has been celebrating the end of the year with a dose of new content recently. Earlier this month, the VTubers unveiled new party outfits on stream, with merchandise coming later in 2022. Cover Inc also released a Christmas song featuring many members of hololive English.