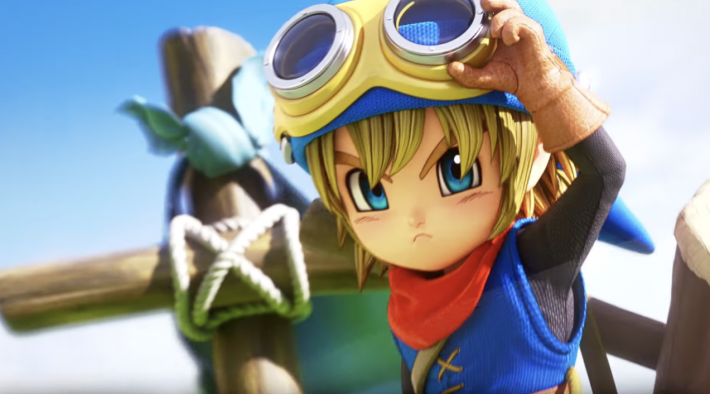 Back in 2016, Square Enix created a Dragon Quest spin-off that blended creative Minecraft-style elements into the formula. Since then, Dragon Quest Builders showed up on multiple platforms and spawned a sequel. Now in 2022, Dragon Quest Builders is back again on mobile devices. To learn more about the latest version, Siliconera got in touch with Producer Yuki Furukawa.

Jenni Lada: How difficult was it to prepare Dragon Quest Builders for mobile devices? What was the most challenging part of the porting process?

Yuki Furukawa: The most challenging parts of creating the port were the sections involving the controls. The console version of Dragon Quest Builders is played with a controller, so for mobile devices, there were various issues such as fingers covering up a part of the screen and the lowered visibility of the screen due to its smaller size. Despite that, we had to achieve
controllability that delivers an experience as good as the one using a controller, so we made and remade many prototypes. We were able to arrive at its current form by receiving many ideas and suggestions for improvement from Producers Takuma Shiraishi and Noriyoshi Fujimoto and Yuji Horii.

How did you prepare Dragon Quest Builders‘ mobile control scheme?

Furukawa: Since we couldn’t perfectly replicate the game’s console controls for mobile devices, it was necessary for us to aim on improving the controls by implementing unique features on mobile. That’s how we came up with remote placements, which is a feature that allows the protagonist character to place blocks on distant locations. The UNDO feature was also added, as accidental
taps are unavoidable issues when playing mobile games.

How will you update the Dragon Quest Builder mobile version’s controller support to accommodate players?

Furukawa: We are aware of players’ requests, and we are assessing them with the development team. We will examine what we can accomplish and aim to apply updates so that players can have a more comfortable gaming experience.

There is no iCloud save support on iOS devices at the moment. Will this be added via a patch?

Furukawa: We are currently discussing this with the development team.

Things like the Astronomy Set and Magic Carpet are sold separately as DLC for Dragon Quest Builders‘ mobile version. What led to this instead of them being included in the base game?

Furukawa: The original Dragon Quest Builders did not have any additional DLC, however, Dragon Quest Builders 2 did have a few pieces of DLC which were well-received by players. When development began on this particular title, we decided to include DLC as an additional challenge for the team, but we also knew that we had to make the game enjoyable without that DLC content.

With that said, as the additional DLC content is aimed at players who want to dig deeper into the game, we also knew that the content couldn’t just be an ordinary item. So, we provided bold elements that wouldn’t be in the base game in order to provide larger surprises and greater satisfaction for players. After going through much trial and error with the development team, we arrived at the current lineup.

How easily could lessons from this port be applied to one of Dragon Quest Builders 2?

Furukawa: While the development team’s next project is still undecided, we certainly believe that the lessons of this port can be applied to future game developments. Please stay tuned for our future titles.

We appreciate your continuous support.

Dragon Quest Builders is available for the Nintendo Switch, PlayStation 4, PlayStation Vita, and mobile devices worldwide. It is also on the PlayStation 3 in Japan.