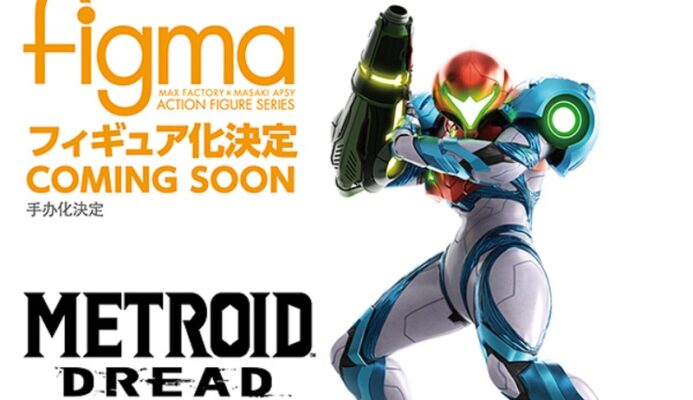 Good Smile Company’s WonHobby 35 event is under way, and one new announcement from the show could excite Metroid fans: A new Samus Aran figure. Part of the company’s figma line of articulated action figures, the Metroid Dread figma is based on Samus’ updated appearance in the game.

Though no actual photos of the prototype were available, some artwork from Metroid Dread shows off what the final figure is likely to look like. As in the game, the figma will reflect the changes wrought by Samus Aran’s visit to the planet ZDR. Rather than the classic orange-and-red color scheme, her Power Suit sports a dominant blue-and-white schema, with organic-looking threads connecting different sections of the armor.

The new look in Metroid Dread is a result of her Power Suit regenerating and changing following the events of Metroid Fusion, which Dread is a follow-up to. Later in the game, Samus gains upgrades that change her suit appearance to resemble her Varia and Gravity suits.

The Metroid Dread figma will be the fourth figma release based on the series. Two were released in 2014 and 2016 based on Metroid: Other M, representing Samus in her Power Suit and Zero Suit appearances. The third Metroid figma released in 2020 and was based on Samus’ appearance in Metroid Prime 3.

The Metroid Dread figma is in development. The game itself is immediately available on Nintendo Switch. A free update planned for April 2022 will add two new difficulty levels.