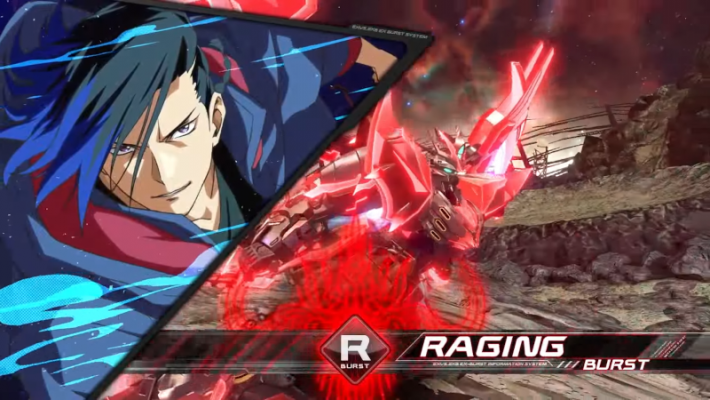 Barka Nil’s N-Extreme Gundam Vicious will be a powerful Mobile Suit with a unit cost of 2500. It can change into a dragon form to bite its opponents and spew fire. In its regular humanoid form, Barka will use the transformable Beam War Scythe as his primary weapon.

Meanwhile, Dante D. Wordslord’s N-Extreme Gundam Supremacy will appear with a cost of 1500. The tricky Mobile Suit can throw Beam Kunais while launching afterimages. It also has a pair of Beam Ring Slicers that Dante can throw or split into Beam Shotels. The player’s lever inputs will change the behaviors of its attacks.

The navigator Kano Clans will complete Team IX’s roster. The team forms the second half of Project N-Extreme, where Bandai Namco created original characters and Mobile Suits tailored for the Extreme Vs. series. The other group in the project is Team AA, consisting of Sai Amagi’s N-Extreme Gundam Explosion, Chikage Ebihara’s N-Extreme Gundam Xanadu, and the navigator Melina Marronfitz. The first team had appeared in XBoost earlier with the March 2022 update.

Mobile Suit Gundam: Extreme Vs. 2 XBoost is available on arcades. The 2v2 team battle game has a large playable roster with over 200 Mobile Suits. The N-Extreme Gundam Vicious and Supremacy will appear in the game on April 27, 2022.