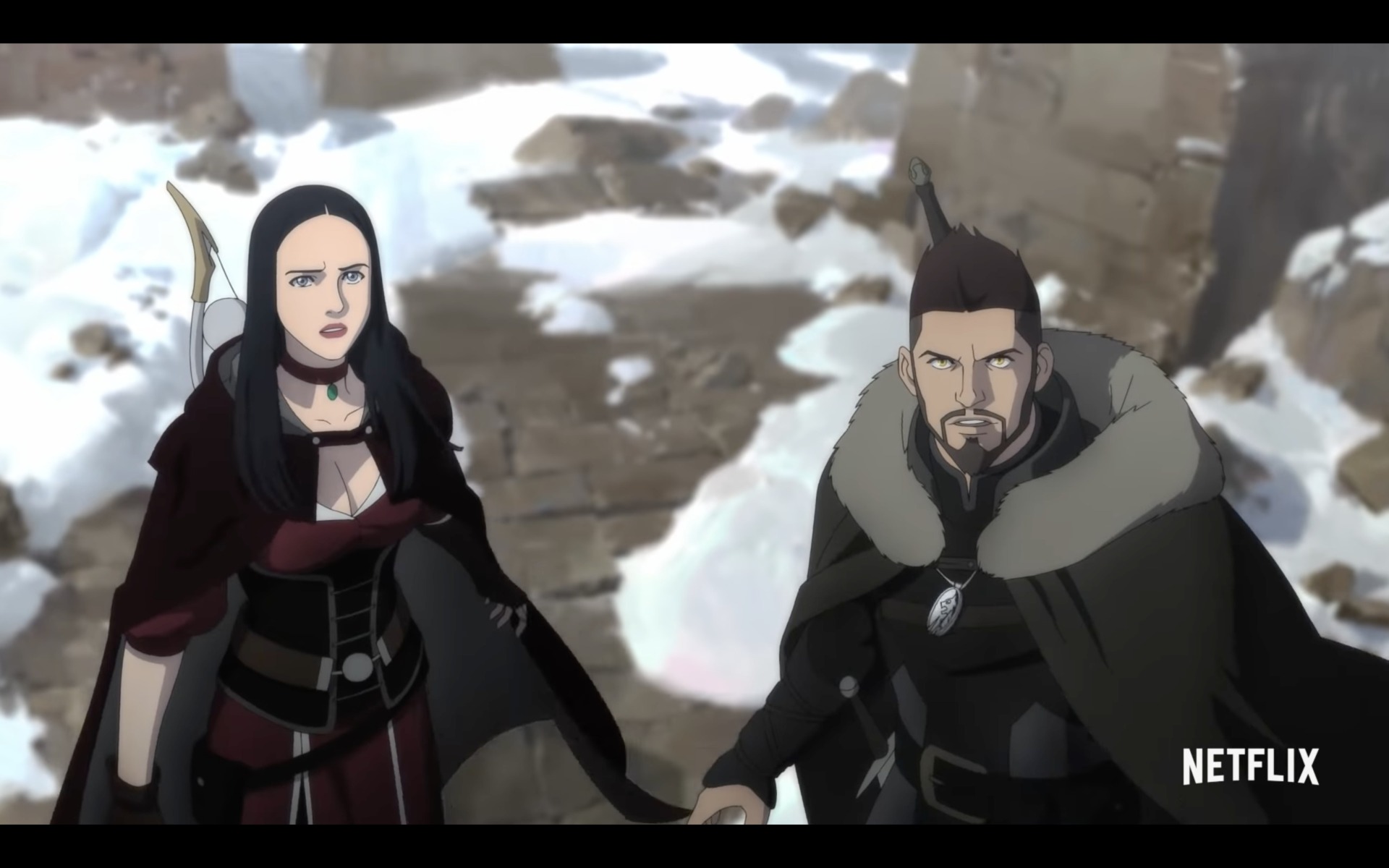 Back in July 2021, Netflix announced its The Witcher anime series would debut on August 23, 2021. Now, people have a better idea of how it will look and feel. Netflix shared an extended The Witcher: Nightmare of the Wolf trailer showing off its story and characters. It also establishes its ambiance.

The trailer begins by asking, “Do you know what’s involved in making a Witcher?” We then get to see Vesemir’s beginnings in the Netflix The Witcher anime and what he went through to gain power. After seeing him briefly as a child, it flashes forward to the present. We see him tasked with a mission by Lady Zerbst. This, in turn, leads to Vesemir working with Tetra, a sorceress, on dealing with a major threat.

Here’s the full The Witcher: Nightmare of the Wolf trailer. There aren’t any major spoilers, though it does seem to contain clips from throughout the anime adaptation’s initial run.

The Witcher: Nightmare of the Wolf anime prequel to the game series will air on Netflix on August 23, 2021. The first season of the live-action series is also streaming on the service, with a second season scheduled to appear on December 17, 2021.