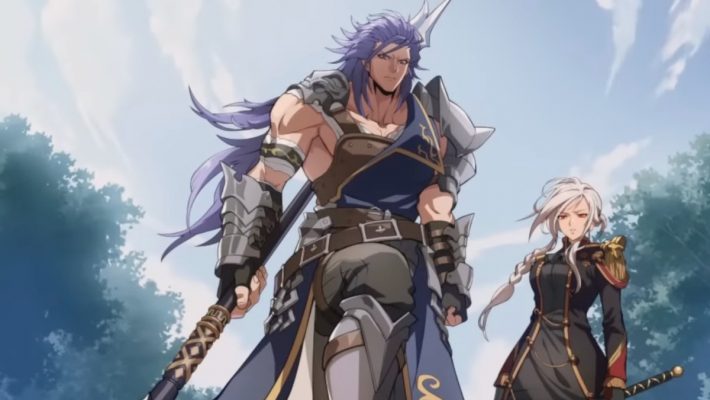 There’s a new trailer for DNF Duel, and it looks at the game’s story mode, gallery, and glossary. All three are tied together. As people go through the campaign, which is apparently a multi-chapter affair, they’ll earn art that seems to show up in the gallery. They can also consult the glossary to catch up on information from Dungeon Fighter Online that they might not know.

The video begins by looking at the first chapter in the DNF Duel story mode. A wounded Berserker encounters Cyrus and Vanguard. Striker appears to be nearby and sees Imperial Knights around. After that, a severely injured Dragon Knight is with dragon Astra when a spacetime distortion occurs.

Once that’s done, the DNF Duel gallery is highlighted. It won’t only feature illustrations from the game. This will also be a place to watch movies you see while playing and hear background music and character voice lines. In the movie section, it shows someone would need to use earned gold to unlock things like the opening movie.

Things end with a peek at the DNF Duel glossary. This section is divided up into names, regions, and miscellaneous data.

If people want even more looks at the DNF Duel story mode or gallery inclusions, another trailer teased things that will appear. At the beginning of May 2022, one appeared. Its brief segments showed the Berserker, Crusader, Ghostblade, Grappler, Kunoichi, Hitman, Ranger, and Vanguard.

DNF Duel will some to the PlayStation 4, PlayStation 5, and PC on June 28, 2022. Arc System Works still hasn’t officially revealed the teased Mechanic character yet.