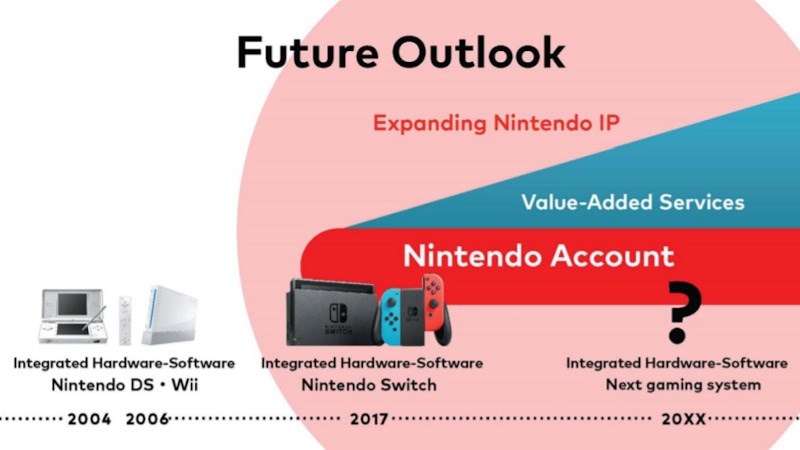 Nintendo published a presentation material slideshow for its financial report on the first half of the fiscal year ending March 2022. On the 41st page, Nintendo teased its next new game console set to succeed the Switch in the future.

Nintendo expects its new game console to continue its integrated hardware-software product concept. The company has been working on the concept since earlier consoles like the Nintendo DS and Wii. However, it saw the Switch as a new starting point to expand the company’s IPs and value-added services.

The page also shows that Nintendo intends to make its next gaming system compatible with the Nintendo Accounts that people have set up on the Switch. The company wants to establish and maintain positive relationships with its customers in the long term. It plans to do so by continuing to provide content and services based on the accounts.

Nintendo’s latest console released to date is the Nintendo Switch, available worldwide since 2017. It has sold 92.87 million units as of September 30, 2021. The number has yet to include the new OLED model, which came out more recently on October 8, 2021. Nintendo has not revealed more details about the Switch’s successor console nor its launch window.