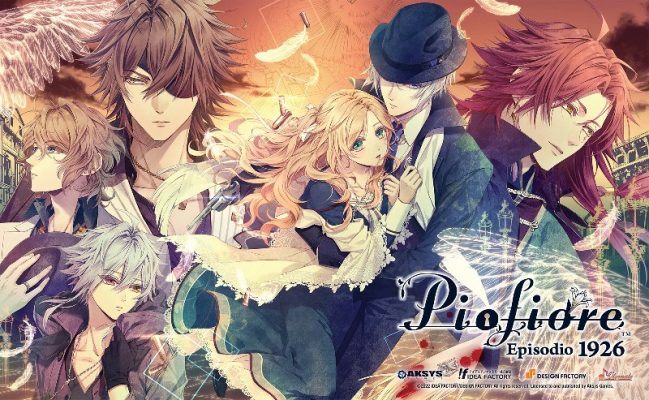 Piofiore: Episodio 1926, the next “chapter” in the Piofiore otome visual novel story, has a release date. Aksys confirmed people can pick it up on September 22, 2022. It also showed a glimpse at the first-run cards that will come with physical copies and offered details about the limited edition.

First, people who get Piofiore: Episodio 1926 at launch get six art cards. This offer is available with both the standard and limited editions. Each card has a picture of one of the main cast members on it. So in the example photo, people can see Dante Falzone, Gilbert Redford, and part of Yang’s hair.

As for the limited edition, it will cost $79.99. People who get it get a physical copy of Piofiore: Episodio 1926. There will be an art book in the box. People will get a 16” x 22” cloth poster of the cast. There will be seven chibi stickers of Liliana and her love interests Dante, Gilbert, Henri, Nicola, Orlok, and Yang. You’ll also get an enamel lily pin. People who buy through Aksys will also get an acrylic keychain with Dante, Gilbert, Henri, Nicola, Orlok, and Yang and the game’s logo.

The Piofiore: Episodio 1926 release date is September 22, 2022. It will be available on the Nintendo Switch. Piofiore: Fated Memories is out on the Switch now.