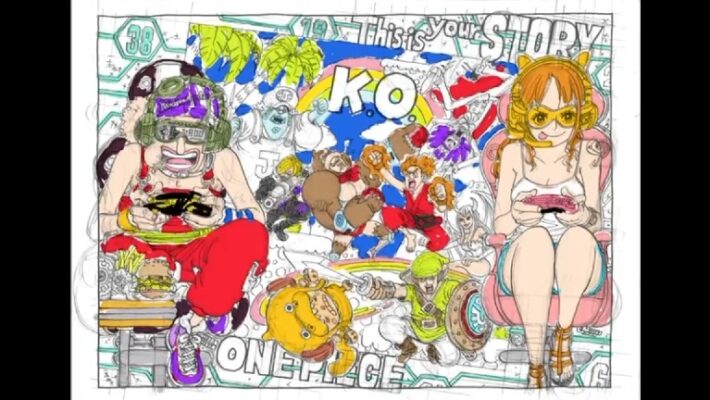 In the One Piece illustration, Nami and Usopp are playing a video game with each other. Meanwhile, the background features other characters from the series cosplaying as various popular video game figures. For example, Jinbei is wearing an outfit reminiscent of Mario’s, with the overalls and the J on the hat. According to the blurb, Oda always draws the base with digital art before returning to more traditional methods for the final touches.

One Piece is part of the Crunchyroll and Funimation Fall 2021 anime line-up. Additionally, Toei Animation and Fathom Events announced that they will air One Piece Film: Strong World in theaters in the United States. This film originally premiered in 2009. Bringing it overseas is part of Toei Animation’s campaign to celebrate One Piece’s 1000th episode, which will air on November 21, 2021.

The new One Piece color spread is available to see on Twitter. It will appear in Weekly Shonen Jump No. 45, which will launch on October 11, 2021.