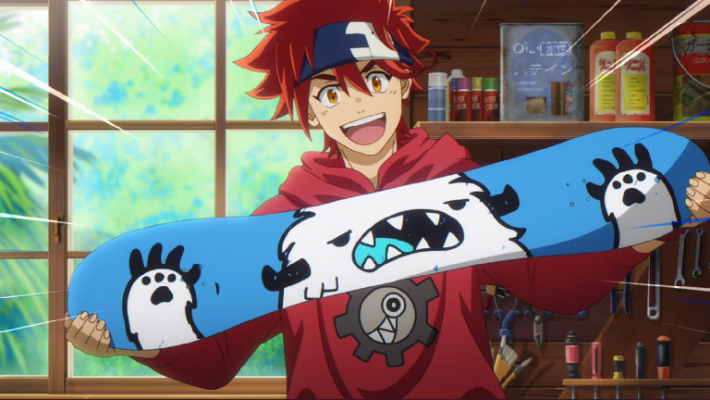 Season 2 of SK8 the Infinity, as well as an OVA, are officially in production. Bones will return as the animation studio. There is a short trailer announcing the new season and OVA. However, all of the scenes are from the first season. This does mean that watching the trailer may have some spoilers for those who have not yet watched the show.

There is no information on when to expect SK8 the Infinity season 2 or the OVA. Hiroko Utsumi will return as the director, and Michinori Chiba will design the characters. Ichiro Okouchi will work on the series composition once again as well. It is likely that the original cast will reprise their roles once again.

While the announcement links to the website for the show, its only update is a link to the trailer. Most of the information on the website, much like the trailer itself, pertains to the first season.

SK8 the Infinity follows the story of Reki, who is a high school sophomore and hardcore skateboarder. One day, he meets Langa after Langa transfers to his school from Canada. He then teaches Langa how to skateboard. After that, they are participants in “S,” which is a secret and intense skateboard competition.