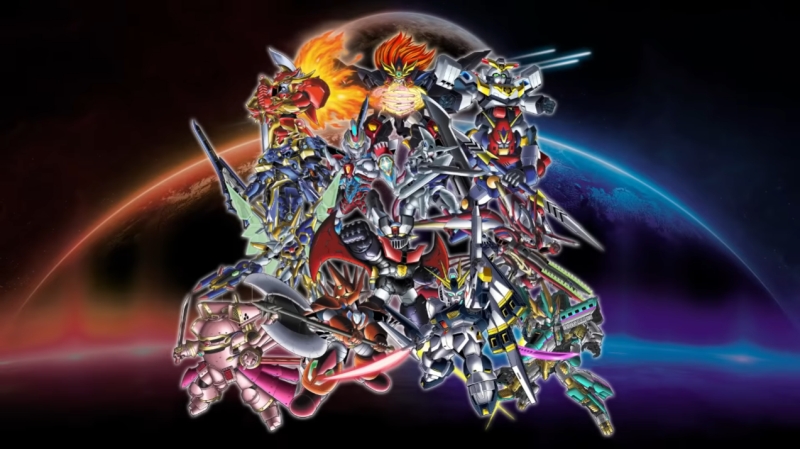 Bandai Namco detailed the next set of content additions for Super Robot Wars 30. The DLC, which consists of free updates and a paid Expansion Pack, was announced via a brief special stream event held on April 12, 2022. These will be the final content updates for SRW 30, and are not included in the Season Pass.

Check out the trailer aired during the event, which details the upcoming content, as well as an updated logo that features the mecha added over the course of Super Robot Wars 30 DLC.

The free update launches on April 20, 2022, and brings new missions that add two new playable units. The mecha are Super Robot Wars original creations Grungust and Van Ein. The Grungust first appeared in SRW IV, though it and pilot Irmgard Kazahara are best known for their role in Super Robot Wars OG. The Van Ein was the main robot for 2015’s Super Robot Wars X-Ω, a mobile game that ended service in March 2021. Its pilots Asahi Inui and Schatte Südwesten drive the mecha to safety in SRW 30‘s roster. The free update also unlocks a set of limited missions previously exclusive to early buyers and pre-order customers. These five missions unlock a total of two units and seven parts. The units are the SRX and Cybaster, while the parts are the Spirit of the Blade, Spirit of the Shot, and Spirit of Power. This content will be available to all players regardless of DLC purchases.

Meanwhile, the paid Super Robot Wars 30 Expansion Pack unlocks in two “sets”. The first set unlocks upon purchase, and unlocks three parts and two skill programs. The rest of the expansion deploys on April 20, 2022. The pack adds an extreme “Super Expert Mode Plus” difficulty level. Playing the game on this level unlocks 10 new, “very potent” Power Parts that can be carried over into other modes and playthroughs. A new set of missions is also included, including a story-based Chain Area Mission that delves into the pasts of protagonists Edge and Az Sainklaus. The missions add new attacks for the Huckebein 30 and SRX units.

Super Robot Wars 30 is available on PC in North America and Europe, and on PC, PlayStation 4, and Nintendo Switch in Japan and Southeast Asia. The Expansion Pack and free update launch on April 20, 2022. Check out Siliconera’s playtest of Super Robot Wars 30.