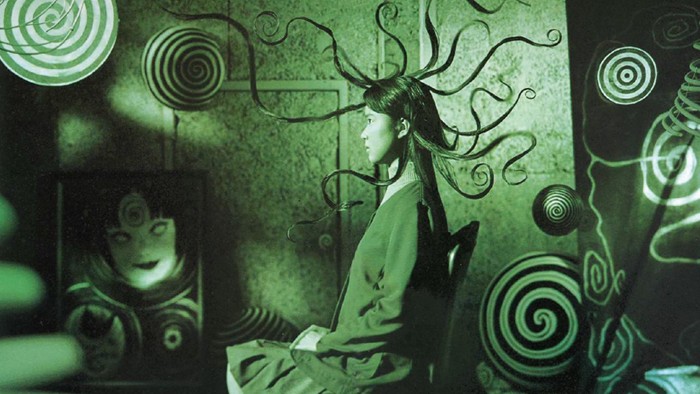 The Uzumaki movie will appear in a new format soon. The evening of March 14, 2022, Discotek Media announced it picked up the film. It is planning to release Uzumaki on Blu-ray in 2022. It will be the first in a line of Nihon Nights live-action movies.

There are still few details about the film. For example, it didn’t bring up what sorts of special features might be on the disc. It did confirm this will feature a new English translation for its subtitles.

Here’s a clip from the Uzumaki movie that appeared alongside the Blu-ray announcement.

A clip from a live action film we are releasing…

This is appearing ahead of the Uzumaki anime. That is set to appear sometime in 2022. Like the movie, it will be an adaptation of Junji Ito’s manga. As for Ito himself, he will appear in some way in the anime adaptation. His role in it isn’t confirmed, but footage was shared of him recording for the show.

Uzumaki debuted in Japan in 2000. The DVD showed up outside Japan in 2009, and people can also purchase digital copies