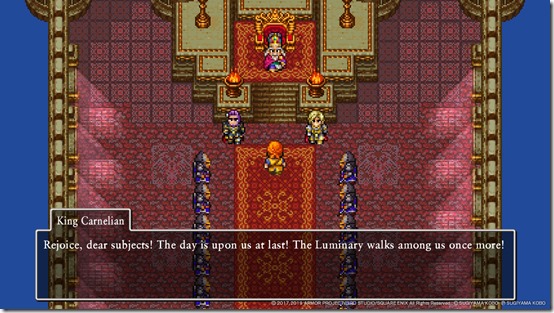 Dragon Quest XI S gives us something that honestly, we almost never got to see. It takes the Nintendo 3DS adaptation of the game and packs it in with the 3D PlayStation 4 and PC rendition in a friendly way. Nintendo Switch owners get the best of both worlds. But, how good is that 2D experience. Well, it definitely has its perks. It offers a totally different look at the Luminary’s adventure, complete with dungeons that can honestly feel quite different. But, in some ways, it doesn’t really compare with the 3D version. Instead, it feels like supplemental material. Fans of the series really should see it, but perhaps at the right time.

The biggest draw with the 2D Dragon Quest XI S experience is seeing exactly how well the game can translate from a 3D to a 2D title. Everything still works. You don’t sacrifice details, like character costumes. Monsters still look incredible in their pixelated forms. The spritework for the Octagonia tournament matches against The Abominable Showman and Underdigger, Sinderella and Whambelina, The Bullion Boys, and Jade and Rab is especially exceptional, as is the art for Dora-in-Grey. Even characters’ costumes will change when certain items are equipped, though these won’t appear for story segments. It is 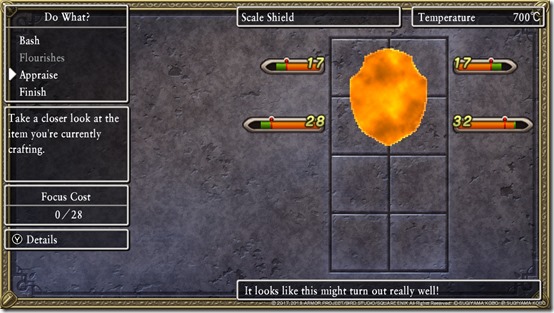 I also noticed that there are other benefits to playing in 2D that I didn’t have come up in the 3D version. For one, crafting with the Fun-Size Forge seems easier. Perhaps it is because of the sprites, but it is much easier to determine how much of each gauge will be filled when you perform a bash or flourish. I had no trouble getting +2 equipment prepared for characters, which allowed me to save more money to put toward forging. It also was much easier to find additional crafting materials for this endeavor in the field. Spotting the glimmers was much easier on a 2D map where they’d shine to alert you to their presence when you were near. Especially since you don’t see enemy encounters on the map, like you do in 3D, and will spend more time wandering around to happen upon fights for more experience.

Also, in addition to the gorgeous 2D sprite work, there is no loading. When you choose a save file, you are almost instantly in the game. You seamlessly go from one area to another with no delays. It is a very swift sort of experience. It also seemed easier on my launch Nintendo Switch’s battery life, likely due to the fact that I could turn the sound down. This is also helped by the 2D version having different dungeon layouts and smaller maps, so it actually takes you less time to complete certain quests and explore areas.

The downside is, Dragon Quest XI S in 2D does lesson some of its impact. The story beats in this installment can be incredibly emotional, sometimes even heartwrenching. Finding Veronica again, heading back to Cobblestone after escaping from Heliodor, and the Luminary coming to when he’s temporarily under someone’s protection after a major event… each one of these moments are such huge deals. Though, to be fair, each party member’s introduction is its own rather memorable moment. When these are reduced down to 2D, they lack that emotional punch. This is such a story-heavy installment, with so many of the characters’ arcs having such an effect on people. You lose that in 2D. Especially since you also lose all of the voice acting. Characters’ personalities don’t come through as well. Erik and Sylvando especially benefit from getting to hear their voices. 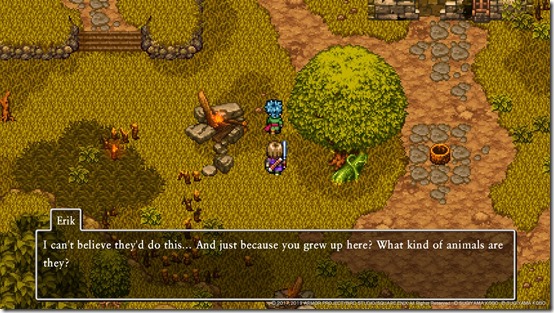 Fortunately, checking in with a nun, priest, or statue will let you switch to 3D mode. Unfortunately, well, you aren’t switching over to 3D at the exact moment and place where you saved. Instead, you have “starting points” that you choose from. For example, to avoid too many spoilers, the first three starting points are Coming of Age at Cobblestone Tor, Adventures with Erik after making a leap of faith, and A Brand New Bridge at Manglegrove. You do carry over everything, which is a bonus, Say you had just reached The Kingsbarrow. At that point, you’d be better off waiting until after completing it and heading to Hotto to switch from 2D to 3D (or vice versa).

2D Dragon Quest XI S is definitely worth experiencing. This is an incredible story and seeing that additional perspective is amazing. It really does a lot for the experience, seeing as how it can make things go a bit quicker, perhaps benefit your crafting experience, and provides an alternate look at different characters and monsters. But, on the other hand, you are losing a lot of the ambiance. Dragon Quest XI is a massive game with a story that really tugs at your heart, and the 2D version strips that away. Especially since you can’t quickly and easily jump back and revisit a scene in 3D. It’s the sort of thing you go back and try after you have beaten Dragon Quest XI S once in 3D, so you can better experience how the alternative rendition looks.