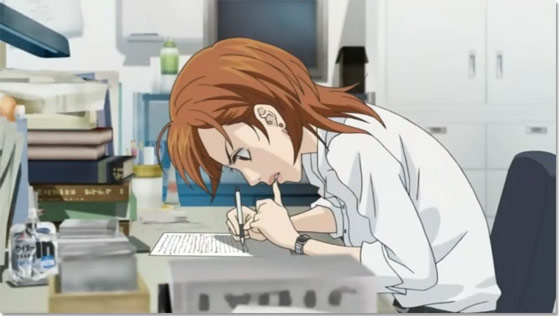 Masaaki Hagino, president of Voyager, an e-book development company, revealed to the ZD Net Japan website in an interview that 30% of Kodansha manga adapted by his company into apps for iTunes is rejected for censorship reasons. Hagino provides an example by explaining that even a scene where a character is bleeding excessively from a disease — as opposed to violence — is labeled “excessive cruelty.”

Lending further credibility to Hagino’s claim was a tweet by Yoshitoshi ABe, manga-ka of Serial Experiments Lain, who revealed one of his works was rejected due to this image.