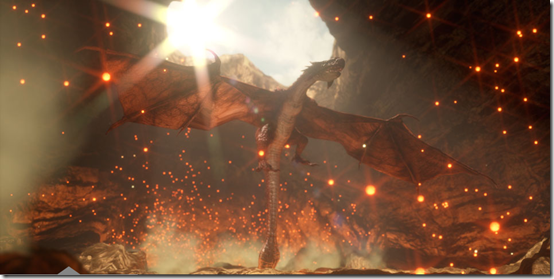 Silicon Studio makes games like 3D Dot Heroes and Bravely Default, but their core business is providing software solutions for video game developers. They have a full game engine called Paradox and Yebis 2 which Square Enix utilizes in their Luminous Engine. Since Silicon Studio’s middleware works with PlayStation 4, PC, Wii U and other platforms they are in a unique position to talk about the next generation of consoles.

What are you thoughts on all of the new hardware announcements?

Takehiko Terada, President: PS4 and Wii U are very different. PS4 has decided to go closer to the PC architecture and I think people will like it. It’s much easier to port too. Recently, developers more often make PC versions and focus on cross platform development. PS4 makes it different, so it’s good there.

Wii U has very specific characteristics. Some game designers will like it. Some others will have a hard time to port their game. There are pros and cons. We are very close to Nintendo, so we were working on Wii U for a long time. We almost got the maximum performance with the hardware. Since we are working closely with the Nintendo support team they gave us a lot of useful information.

Ian Graham, Principle Engineer: I think it was a bit of having a headstart and there was a lot of continuity from the Wii in terms of architecture. They added a significant amount of horsepower, but there was no revolution needed at the engine level to take advantage of it.

Are people going to use Silicon Studio’s tools for Wii U?

TT: Not yet, I think. We have an internal development team, but we just started to sell it on Wii U.

As a developer and middleware maker, do you feel the leap between PS3 and PS4 is a big leap?

TT: I don’t know yet. The horsepower in the system is very powerful. For us, it’s one platform customers will want to port to. Since the performance [of the console] is higher we have a better version [of our engine]. For example, we’ll have C# plus multitasking or multithreading so we will use all of the CPUs and GPUs power in our engine.

Since you’re working with the 3DS as the developer of Bravely Default how do you feel about that hardware?

TT: I think we have some room to fine tune on that some more, but the driver layer is almost done. We almost have full power of the graphics chip.

What do you think about PlayStation Vita?

TT: For Vita, we’re still trying to improve our work with it. We don’t have much experience with the GPU yet. Maybe within one more year we can tune up our processes with it.

I remember you said you were going to take a break from developing games after 3D Dot Game Heroes, but then I saw Bravely Default with Silicon Studio’s logo on it. That was a surprise. Are you developing any more games?

TT: Yes, but I can’t tell you what those are. We have one 3DS title, a PS3 title and a Vita title is also coming.

I asked Q-Games this as well, but can Microsoft come back in Japan with the next Xbox? They put a lot of effort in Japan at launch with Blue Dragon, Lost Odyssey, and Every Party, but the fuel seemed to die down recently.

TT: Maybe. In general, it’s not only a problem for Microsoft, but also for Sony. Japanese consumers are quickly moving to smartphones. They aren’t fighting each other, they’re fighting smartphones.

Is Silicon Studio adapting their middleware for smartphone use as well?

IG: One of the big things we’re trying to do in terms of engine work is to be full whole hog, next gen AAA support. Full support there all the way to the next generation consoles, but to have the same systems scaled down to support smartphones in an intelligent manner. That’s a big theme for us. You can have something that has insane post-processing effects and crazy particle effects on next gen and scale it down intelligently so that you get something that works on the phone and gets the same spirit the engine is doing at the same time. You’re not going to get the same number of particles, but it’s still going to look awesome.

TT: We are going to release the beta version in probably around June or July timeframe. We are also developing a sample game ourselves to showcase it.

TT: Yes, we provided the technology for the post effects. It’s integrated into the Luminous Engine. Everything they do post effects with is done with in Yebisu.

What do you think of the Luminous Studio engine?

TT: It’s a beautiful engine. You can do a lot of things that are very complicated. They haven’t shown it, but it’s very good. There was a technical talk session in Japan by Square and they were talking about the details there.