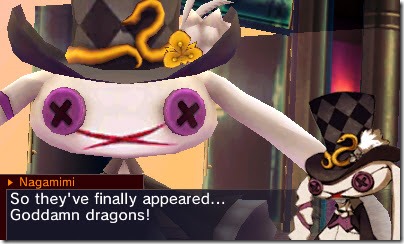 People visiting the North American eShop on their Nintendo 3DS systems today will find a new demo waiting for them. Atlus has released a trial version of 7th Dragon III Code: VFD. In this preliminary experience, players are able to go through the game’s prologue and first chapter with a preset team.

Save data from the 7th Dragon III Code: VFD demo can be carried over to the full game. People will be able to get the premade party to level 10, then customize those characters’ appearance, classes, and skills in the full version. They will also be rewarded with equipment for their efforts. While Atlus’ official press release didn’t confirm the exact nature of the rewards, the Japanese version of the demo awarded players 10,000Az to spend on items, as well as EX Upper, Nagamimi’s Charm, and Skilll Upper accessories. The EX Upper boosts experienced earned by 1.2x, the Skill Upper boosts skill points earned by 1.2x, and Nagamimi’s Charm boosts a character’s attack, evasion, and speed stats.