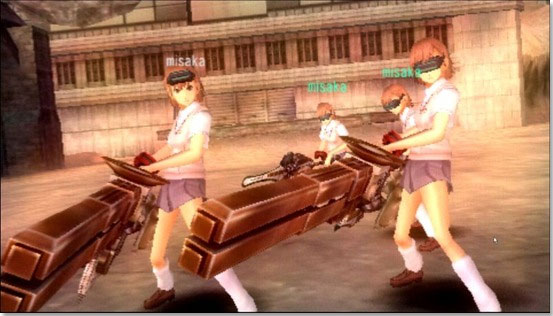 God Eater Burst is headed to Japanese stores in about a month, and Namco have begun to announce some of the downloadable content they’ll be offering post-launch.

At the recent Dengeki Bunko Autumn Festival, Namco Bandai announced a crossover between God Eater Burst and A Certain Magical Index II, which is published by ASCII Media Works as part of their Dengeki Bunko line. The resulting download pack will allow you to outfit your characters with the uniforms of Magical Index’s Tokiwadai Middle School. 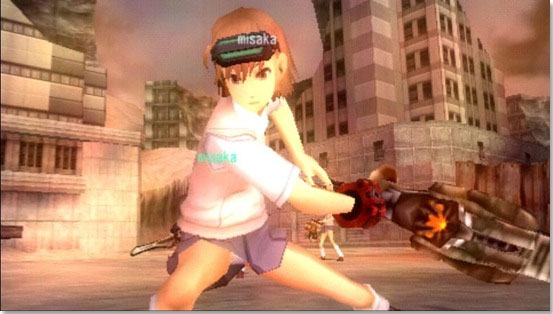 Meanwhile, the Project G.E developer blog reveals that crossover content will available for free, and that we can expect it toward the end of November (hey, right before Monster Hunter Portable 3rd). It also says to stay tuned for news of more such collaborations in the future.