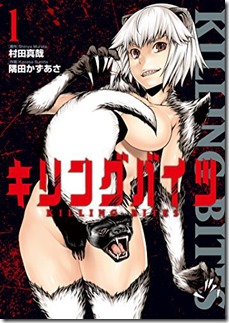 In the latest issue of Monthly Hero’s, it was announced that a new Killing Bites game has been announced for PlayStation 4 and PlayStation Vita. [Thanks, Game Jouhou.]

Killing Bites is a manga series written by Murata Shinya and illustrated by Sumita Kazuasa that features human-animal hybrids, so it sounds like it’ll be pretty fun to see it made into a fighter. More details will be revealed in the near future.

The new Killing Bites game will release in Spring 2016.