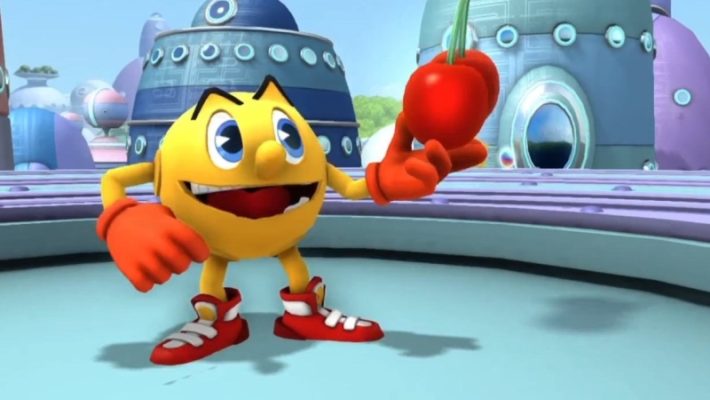 Sonic and Mario may soon have some competition in the cinema space. According to a press release from Bandai Namco, it and Wayfarer Studios are working on a live-action Pac-Man movie. Wayfarer Studios is the production company run by actor Justin Baldoni, who played Rafael in Jane the Virgin. Wayfarer produced various series and documentaries, including the Disney+ film Clouds [Thanks, Hollywood Reporter!].

Other than the announcement, Bandai Namco and Wayfarer gave no visuals or detail about the Pac-Man live-action film or its release window. It will, however, be based on an original story idea by Chuck Williams. Williams produced the Sonic the Hedgehog live-action film series, as well as 2003’s Brother Bear. Prior to becoming a producer he worked on Disney animated films like The Lion King and Aladdin.

Pac-Man has been a fixture of video game culture nearly since its origins of the game industry. Introduced to arcades in the 1980s, the series and its titular character have inspired a long legacy of spin-off material. The U.S.-based ABC network ran an animated series based on Pac-Man, as did the Disney XD cable channel. Also looming large are live-action references to Pac-Man in various films, such as 2015’s Pixels even Marvel Studios’ Guardians of the Galaxy Vol. 2.

The Pac-Man live-action movie is in development, with no specific release window or platform. Bandai Namco collected 14 Pac-Man games into the Pac-Man Museum+ package, available on Switch, PS4, Xbox One, and PC.