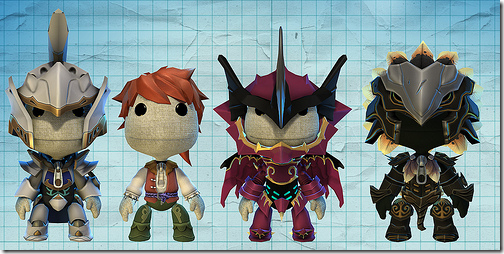 These remind me of another RPG and LittleBigPlanet tie up too. What ever happened to those Final Fantasy VII outfits Sony showed two Tokyo Game Shows ago?