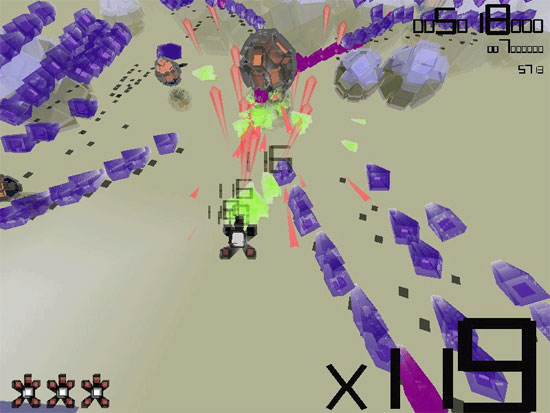 Shmup luminary Kenta Cho is working on an Xbox 360 game, sort of. He recently finished completed Mazer Mayhem, a tank shooter, developed entirely in XNA. The package works with an Xbox 360, but you won’t be able to run it unless you are part of the Creator’s Club. There is a Windows package too if you can’t wait to play Mazer Mayhem. If all is right in the world Cho’s project should appear on Xbox Community Games in the future.

Speaking of Japanese developed XNA games GameSetWatch reminded me about a Famitsu article showcasing a number of projects. Some of them like Maigo no Tatsujin (Master of the Lost Child), a gravity controlling platform game, and Armored Strider look pretty good.