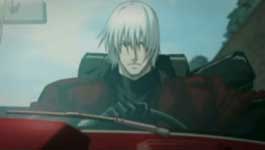 In related licensing news Geneon announced they picked up the rights the Deltora Quest anime series, which originates from a series of Australian kid’s books. Deltora Quest has been pretty popular in Japan and Namco Bandai has a Nintendo DS game based on the anime set to come out September 20. If Deltora Quest airs on USA TV there is a sliver of a chance the Nintendo DS game could get localized for the rest of the world.

Viz Media made noted the first DVD volume of Death Note will come out November 20 and new DVDs will come out each month. They hope Adult Swim will air Death Note, but no official plans have been announced.