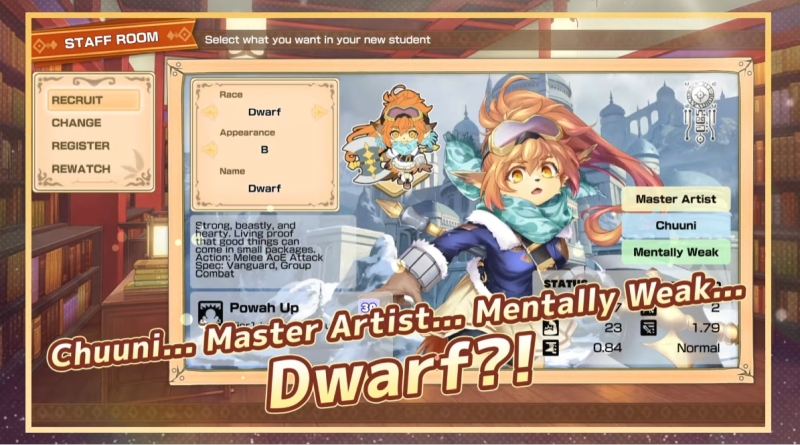 Acquire has a new game in development, and it’s rooted in the long-dormant Class of Heroes series. Formally titled Adventure Academia: The Fractured Continent, the game was announced on June 5, 2022.

The original Class of Heroes was released in 2008 as Ken to Mahou to Gakuen Mono on the PSP by Acquire in Japan. It was a dungeon RPG that allowed players to create and customize students to form parties and explore the dungeon. Class of Heroes 2 was released in 2009, but remained Japan-exclusive until a crowdfunding campaign run by MonkeyPaw Games and Gaijin helped secure a digital release on PSN in 2013. Sequels were also published on PS3 and 3DS, but remained Japan-exclusive.

Unlike the original titles, Adventure Academia is a strategy RPG. It takes place in Pedra, a land that is home to four schools and their host nations. Players will recruit students from ten playable character races. Each student will have a set of traits that affect their performance in battle, such as being “Chuuni” or “Mentally Weak.” Players will guide their students across the land to restore peace to the four nations.

Adventure Academia: The Fractured Continent is in development for the Nintendo Switch, PlayStation 4, and PC. The English trailer and official website, however, only list the PC version at this time. The game will release on September 8, 2022, in Japan, while the international release date is unconfirmed.