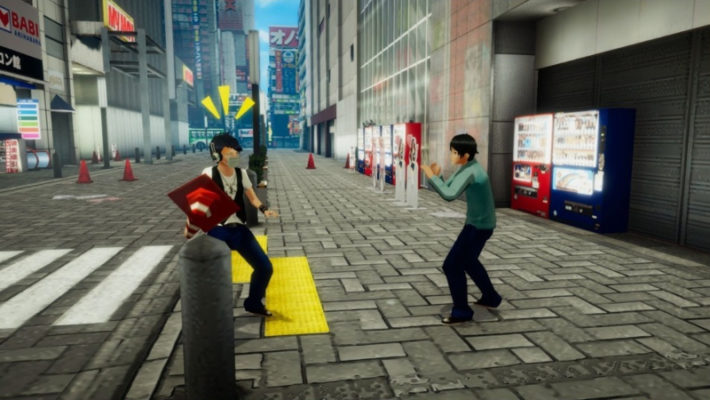 More details on Akiba’s Trip: Hellbound & Debriefed have shown up in the latest issue of Famitsu. This remaster of the first game will bring a new Badge Collection feature along with graphical upgrades. [Thanks, Ryokutya2089.]

Hellbound & Debriefed is a remaster of the original PlayStation Portable game Akiba’s Trip that was initially released only in Japan in 2011. It will have a major graphics update while still retaining the looks of Tokyo’s famous Akihabara district in 2011.

The character clothing will look more similar to how the original artists envisioned them in the illustrations. The underwear will also look even better, as the protagonist strives to defeat the vampire-like Shadow Souls by ripping their clothes and exposing their skin to sunlight.

In addition to the improved graphics, Hellbound & Debriefed will also add a new feature where players can collect tin badges. This collection will be integrated into the trophy system on the PlayStation 4 version.

Akiba’s Trip: Hellbound & Debriefed was first revealed in the West by XSEED Games in June 2019. It confirmed an English localization of the remaster with PlayStation 4 and PC as its initial platforms, albeit without a release window. Acquire will publish it in Japan as Akiba’s Trip: First Memory for PlayStation 4 and Nintendo Switch on May 20, 2021.