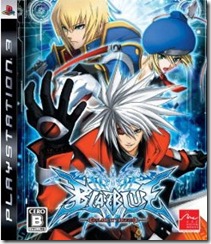 More publishers are showing up to E3 this year, but Aksys won’t be there. As of today they aren’t on the list. Anime Expo was the place to be for Aksys announcements last year. This year Aksys is expanding their presence at Anime Expo by flying Toshimichi Mori, Director and Lead Artist of Blazblue, to the show. Mori will be a guest of honor at the event which takes place between July 2-5.

What will Mori be doing at the show? Probably talking up Blazblue, hanging around while Aksys announces new games, and signing things if you ask really, really nicely.

Update: Daisuke Ishiwatari, the creator of Guilty Gear, will also be at Anime Expo as a guest of honor. Aksys must have something up their sleeve with two of Arc Systems Works key designers attending a single show.