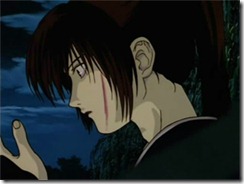 Aniplex will release the two Rurouni Kenshin OVAs and the Rurouni Kenshin movie on Blu-ray simultaneously with the Japanese version, the publisher announced recently. Each release will be an individual item, and the dates are as follows:

The Blu-ray releases will include re-mastered visuals and will include both the Japanese and English dubs with English subtitles. Each release will come in special packaging, with new illustration work done by the two OVAs’ director, Atsuko Nakajima. A booklet of some sort will also be included with each item.

As part of the Rurouni Kenshin 15th anniversary celebration, a new anime project is also in the works, although no details on this project have been announced yet.