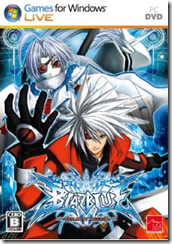 It hasn’t been officially announced yet, but PC owners should be able to get BlazBlue: Calamity Trigger in North America.

The ESRB just rated BlazBlue for PC and lists Arc System Works as the publisher. But, Arc System Works is all the way in Yokohama. Might be hard to publish a game overseas without Aksys doing the leg work… unless BlazBlue PC is being distributed digitally over Steam or a competing service. Seems like that’s a low risk route to go to bring the PC version here.

This version of BlazBlue has all of the barrier bursts and booby lady references from the console release plus free online play over Xbox Live. BlazBlue PC has cross platform compatibility so expect to challenge requests from PC players in the Xbox 360 release and vice versa.