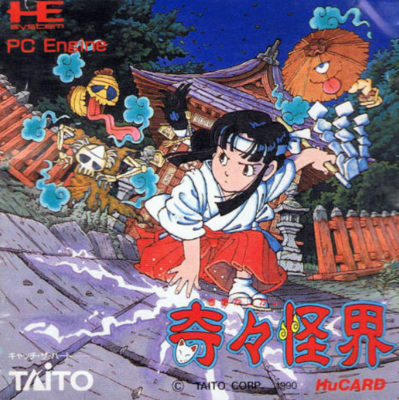 Several more games have been announced by Hamster to be joining the Arcade Archives lineup of re-releases in the near future on PS4 and Nintendo Switch. [Thanks, Ryokutya2089!]

These include KiKi KaiKai, a top-down shooter that would spawn a sequel that would eventually be localized as Pocky & Rocky, with a shrine priestess main character (Sayo-chan) who would end up being an inspiration for Reimu from the Touhou series. The game has already been released on other consoles, but is coming to the Switch soon.

For both Switch and PlayStation 4, the shoot ’em ups Saint Dragon and XX Mission, plus the arcade versus game Penguin Wars (which got a remake), are releasing in the near future as well.

Arcade Archives is available on Nintendo Switch, PlayStation 4, Xbox One, and PC.