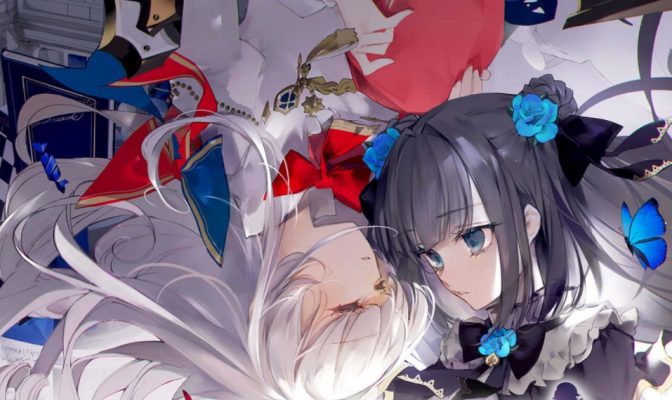 I’ve gotten deep into rhythm games that I simply don’t typically have access to from the US. And a playlist of songs can only take you so far. When Arcaea released on the Nintendo Switch I thought, “Finally, my time is here.” Originally released for mobile phones in 2017, Arcaea is an incredibly full rhythm game from lowiro. The Switch version alone comes with over 150 songs, multiple game modes and two distinct ways to play.

Song choice is the most important part of any rhythm game in my opinion. That, and variety, which Arcaea has plenty of. The game has the usual modes. World Mode, Music Play and Story are all available. It’s all par for the course and not really worth explaining. 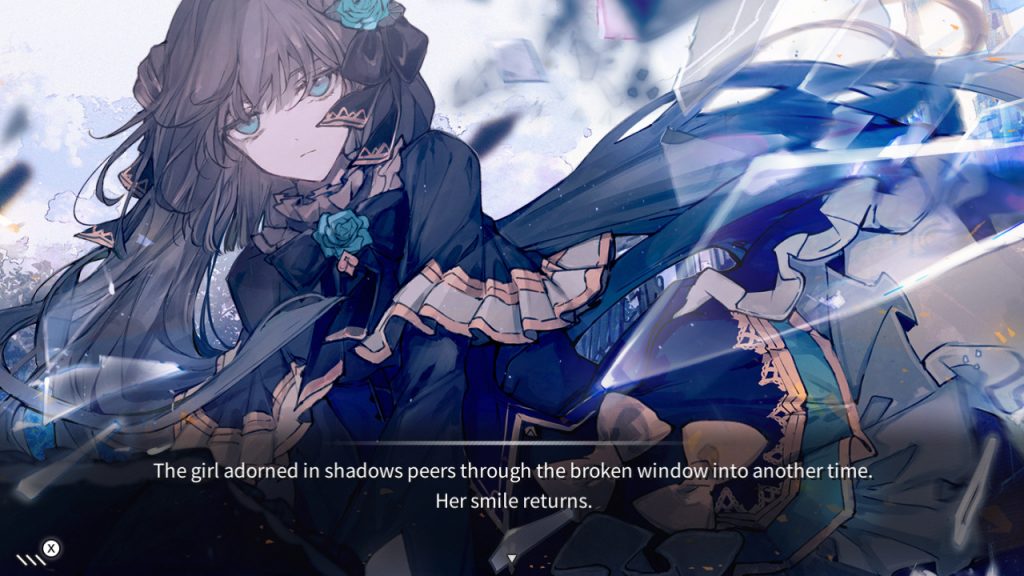 Going back to the Story mode though, I know unlocking and reading little tidbits about the characters in rhythm games is a big deal for a lot of people. The story is incredibly basic and the characters don’t really differ that much in my opinion. It’s frankly dismissible. I never found myself eager to spend currency and unlock new information regarding people or even the world.

The only aspect of the game that Arcaea excels in is its song choice. Like I said earlier, it has over 150 songs, with a few new original ones added. There’s an amazing mix of genre and sound. Arcaea doesn’t give players five versions of the same song with different vocalists or only include songs with different, but still connected, genres. In the grand scheme of things, 150 tracks may not seem like a large number to boast. Still, I genuinely felt as though the Switch versions song library was just as good as any mobile rhythm game’s. Especially since all are included with your base purchase. 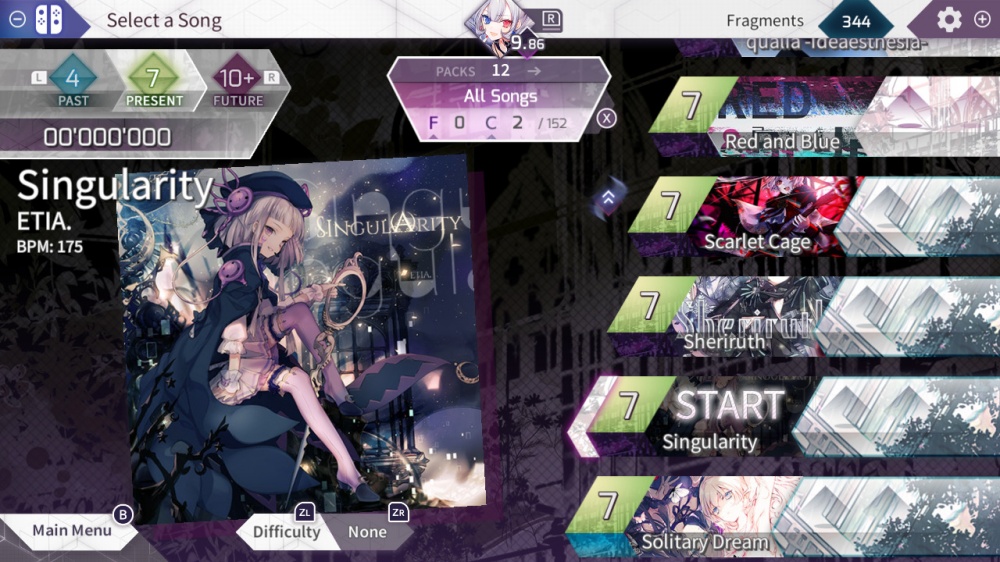 One of the only questions I really wanted answered when I first opened up Arcaea was, “How does this play with Nintendo Switch controls?” The game is especially keen to let players know it has two vastly different game options. Naturally, my expectations were high. I’ve had bad luck with rhythm games on the Switch. Unfortunately, Arcaea falls into the same issue I’ve found with similar games.

The classic mode mimics mobile rhythm games and plays well. However, as it requires you to use the touch screen, it can only be played in Handheld mode. I played this game on my Switch Lite and it was an absolute pain to figure out the best setup. Playing that way can be a literal pain, as the system’s size is too awkward for most people’s hands. I ended up propping my Switch Light on a cushion and acting as though I was just on a big phone. 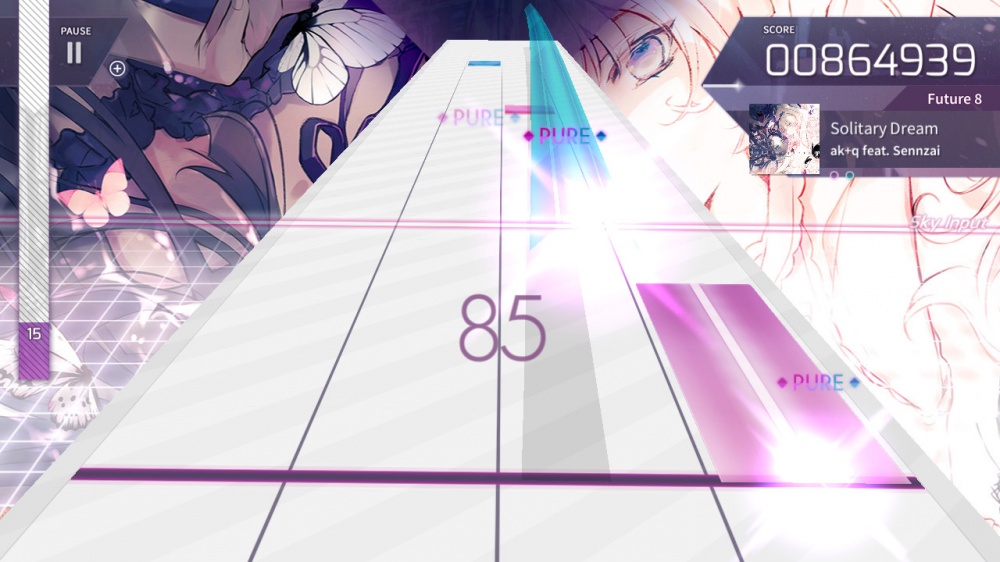 As for the Joy-Con mode, it’s not great. When it comes to hitting notes on time, the it is easy. You use the left and right triggers, and that’s it. However, Arcaea also has lifted notes that require you to follow, as they twist and turn around the upper portion of the screen. With your hands, it’s a natural experience. Using the Joy-Cons to hit these is one of the most annoying and frustrating situations I’ve found myself in with such a simple game. You have to use the joysticks to follow along. Which sounds easy. But the cursor that tracks your movement is so very finicky. You have to move the joystick just right and position it at the perfect angle to not have notes drop off. It’s hard to say if this gameplay option is really worth it. 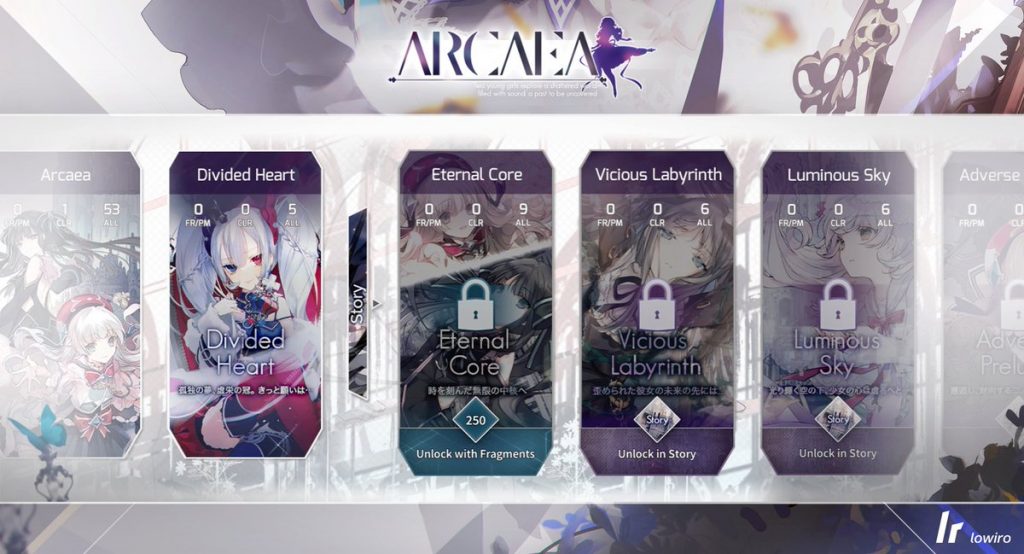 Overall, I think Arcaea is a good game, but the problem with the Nintendo Switch port is that a lot of its benefits are found in the mobile version. I didn’t really enjoy playing this on my Switch. It wasn’t fun on the hands or wrists. If your phone can’t handle more games space-wise or isn’t built for rhythm games, I would say get this. Playing with the touch screen requires a little maneuvering, but eventually works. Plus, the music is just amazing.

Arcaea is immediately available on the Nintendo Switch and mobile devices.