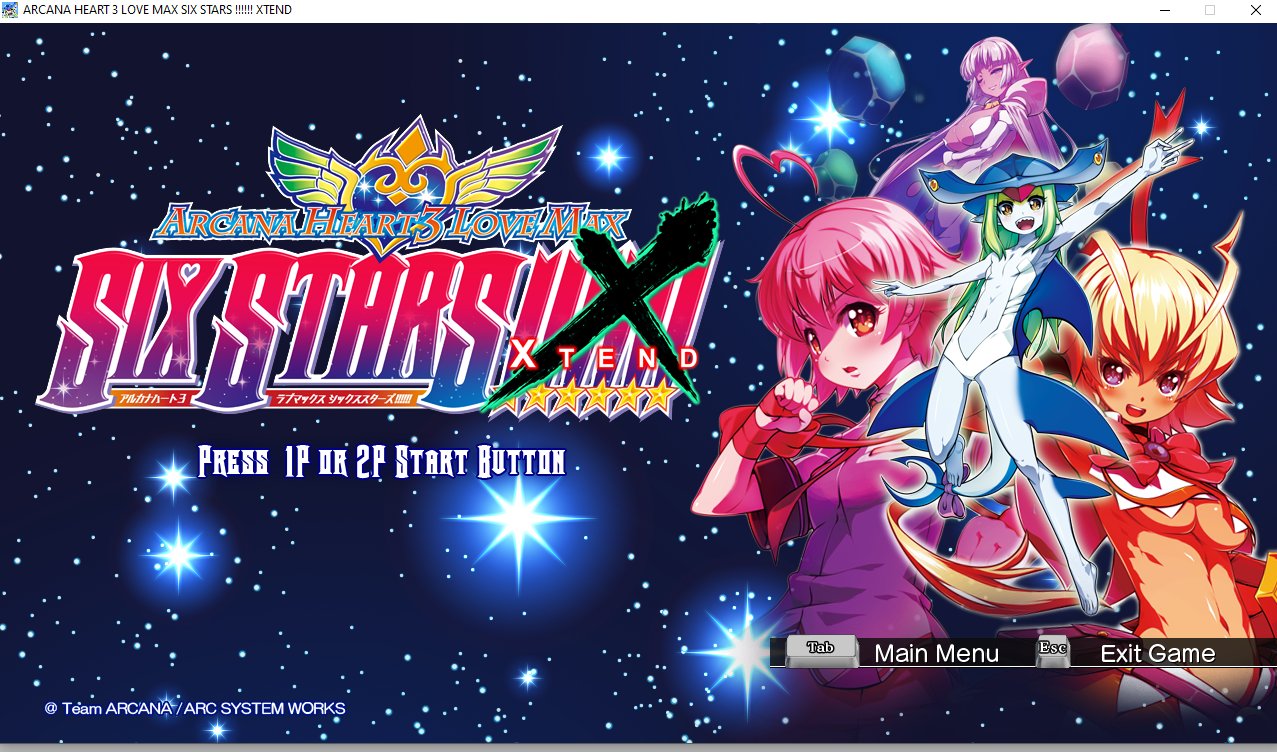 This week has been a tumultuous week for Examu and Team Arcana fans. Earlier this week, Examu announced that they were suspending operations by the end of February, but it was clarified later that essentially nothing was really changing, at least for Team Arcana. Now, they have made good on their promise of continuing all game development operations by releasing Arcana Heart 3 Love Max Six Stars!!!!!! Xtend for Kickstarter backers, which adds a new character and Arcana. [Thanks, @shaowebb on Twitter!]

Xtend is the first big update in three years, and adds the shark girl Pistrix, as well as the Arcana of Life, Paracelsia. Additionally, Dark Heart also can be seen from the character select screen, but will be added at a later time.

Backers of the Kickstarter can now download the Steam version of Arcana Heart 3 LOVE MAX SIX STARS!!!!!! XTEND Crowdfunding Edition in order to try out this character and Arcana early. As this is an early test version, some bugs may be present, and Team Arcana kindly asks players to report any encountered bugs here.

Finally, check out a showcase of Pistrix’s special attacks below [Thanks, Yunti on Youtube!]: