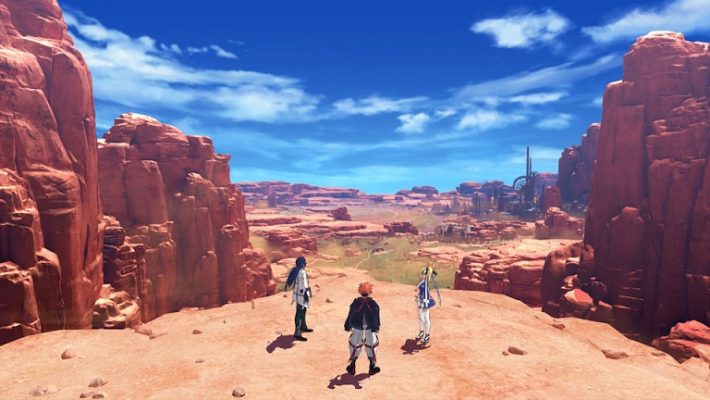 Wild Bunch Productions has revealed more detailed information on the gameplay and world map of Armed Fantasia. Akifumi Kaneko, who created the Wild Arms series, is in charge of the game’s development. The game shares its Kickstarter with Penny Blood and Armed Fantasia was the first to meet its $750,000 stretch goal In doing so, this allowed the team to implement a role change system. [Thanks, Famitsu!]

The role change system will allow you to let characters equip all sorts of ARMs and not just the type they start with. In doing so, this will add more options as to how you organize your party, as well as put characters in outfits they would normally not have access to. There is no information on all of the types of ARMs that will be in Armed Fantasia just yet, though.

Armed Fantasia has a gadget system for exploring dungeons, and each character will offer a new gadget for the player to use. Protagonist Ingram will use bombs, which will explode after a set period of time. 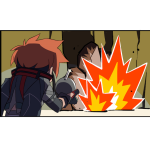 This gadget will let you destroy walls with cracks in them, as well as break boulders. In doing so, you can create a platform to jump on so that you can reach higher places. Ingram can set multiple bombs at once, which will cause a bigger explosion. According to Kaneko’s Twitter, the team is in the middle of development a hookshot-type gadget as well.

Last night's information lifted.
It was an unsatisfactory update, so
I will disclose information without permission!

Although the species is still undetermined,
I'm thinking about wire hook gadgets. (excerpt from proposal)
The user is undecided! Just an image cut!#ARMEDFANTASIA pic.twitter.com/tnIesCzdkA

The next stretch goal for Armed Fantasia is $800,000. When it reaches that number, it will let the development team place 20 mini-game puzzles on the world map. Clearing those mini-games will garner the player various bonuses, such as items that will greatly benefit the player in finishing the game.

There is also new information on how you can traverse the world map. You will be able to jump, and there will be mounts you can use on land, in the air, and on the water. There will be bounty hunts you can partake in, as well as set pieces such as chasing after a shadow in the water with a boat.

Armed Fantasia will come out on the Xbox Series X, PlayStation 5, and Windows PC. It is currently in development.