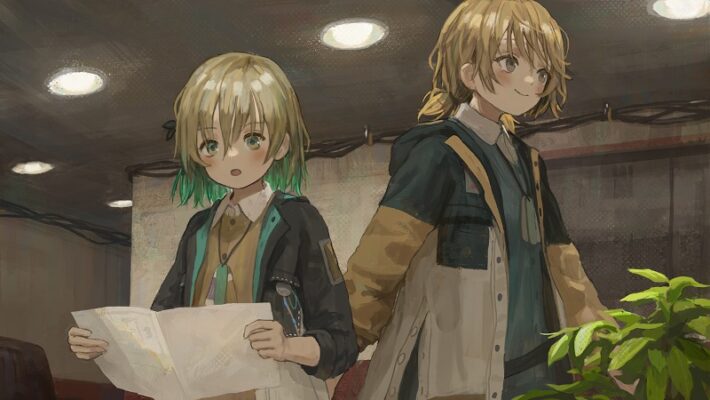 Nippon Ichi Software has formally unveiled its newest game Asatsugutori. After previously publishing teasers for the title, the company opened the official website and published a reveal trailer. It also revealed Hibari as the protagonist of Asatsugutori. [Thanks, 4Gamer!]

Asatsugutori is an investigative adventure game that combines a visual novel with real-time 2D isometric exploration. It will feature a time loop feature that triggers when another character gets killed within the day. The player has an objective to gather as much information as possible by examining the rooms and talking with other characters.

The player-controlled protagonist, Hibari, is one of the eight girls gathered inside the building. She has a very strong fear of death due to losing her father in an accident in the past. Hibari will use her time travel ability to prevent the deaths of seven other girls: Machine (pronounced Ma-chee-nay), Touka, Karin, Komari, Fudzuki, Eno, and Suzu.

After gathering enough information from the time loops, Hibari will eventually be able to deduce a solution to prevent her friend’s death. Once successful, the storyline will progress forward as Hibari wakes up on the next day.

Asatsugutori will be available for PlayStation 4 and Nintendo Switch in Japan on November 25, 2021.