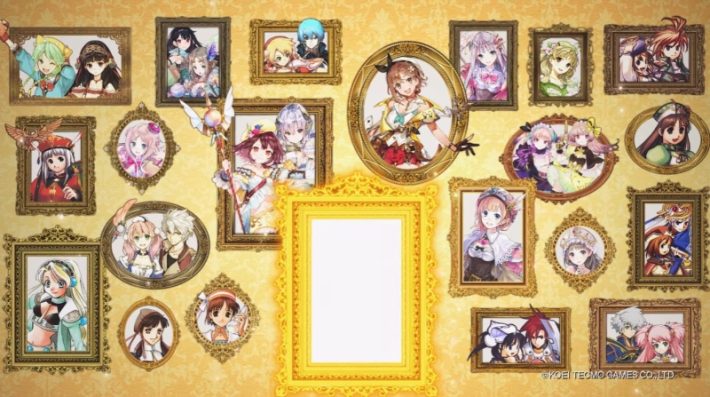 Gust and Koei Tecmo’s Atelier franchise turned 25 years old this year, and the companies are getting ready to announce the next game in the venerable series. Before that happens, though, they’re celebrating the games that came before. The Atelier 25th Anniversary trailer uploaded on Monday introduces fans to every game in the franchise to date, and ends with a small tease of what’s to come.

The Atelier 25th Anniversary trailer gives a quick glimpse at every Atelier title, from 1997’s Atelier Marie: The Alchemist of Salburg to this year’s Atelier Sophie 2: The Alchemist of the Mysterious Dream (check out Siliconera’s review!). At the end, a blank canvas on the wall of portraits lights up, transporting viewers to a new, brightly colored world. The environments include sun-drenched ruins, forests, and a mysterious castle. Koei Tecmo plans to announce a new Gust-developed title at this year’s Tokyo Game Show, and this teaser is quite likely related to that title. Whether it will be an addition to an existing subseries or the beginning of an entirely new one is as yet unknown.

Here’s a list of every Atelier game cited in the 25th Anniversary trailer, organized by subseries. It doesn’t include side games, like 2009’s Atelier Annie on the DS, or the mobile-based Atelier Online, which shut down in March 2022.

The Atelier series is available across many platforms. The 2022 Tokyo Game Show will play host to a new announcement from Gust, and kicks off from September 15, 2022.