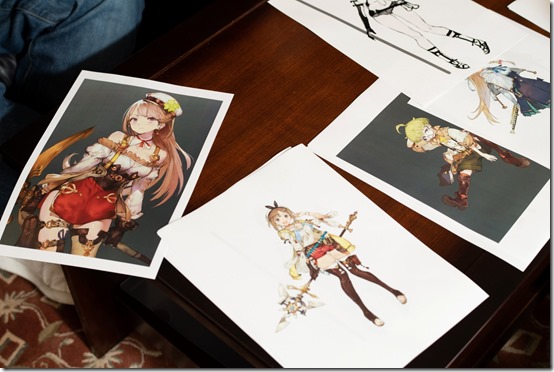 Gust is going for a completely different approach in design for Atelier Ryza, and Producer Junzo Hosoi and character designer Toridamono walked us through their process in an interview with 4Gamer.

Up until now in the Atelier series, especially the Arland games, the character designs had a girly focus, but producer Hosoi and the team sees it as just a part of the big compilation. However, with Atelier Ryza Hosoi wanted to go with a new and different design. Of all the illustrator candidates, he felt that Toridamono could come up with a new design and decided to contact him. 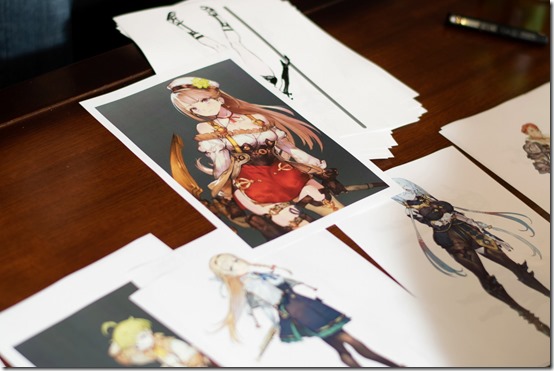 However, in order to see just how much of a fit there is for a new Atelier style, Hosoi had to see it for himself before making the decision and asked Toridamono to do a trial drawing. The above picture is the illustration he got, and when he took it to the company he got the green light to go with Toridamono.

Toridamono, Character Designer: “The pressure was huge when I accepted the offer. I can’t do girly designs at all, and I’m no good at drawing frills and such. I worried about whether someone such as myself could be the illustrator for the gorgeous Atelier. At first, I had many worries before I started, and I wasn’t confident, but Hosoi-san kept persuading me and we somehow made it to where we are now.

According to Producer Hosoi, they haven’t established Ryza’s setting early on, and she had a rough image of a “farmer girl.”

Toridamono: “I remember there was also something about making her ‘boy-ish.’ Around the time of the rough draft she had short hair, but as we went over the plans there was talk about wanting her to be more like an older sister, so we got this illustration. 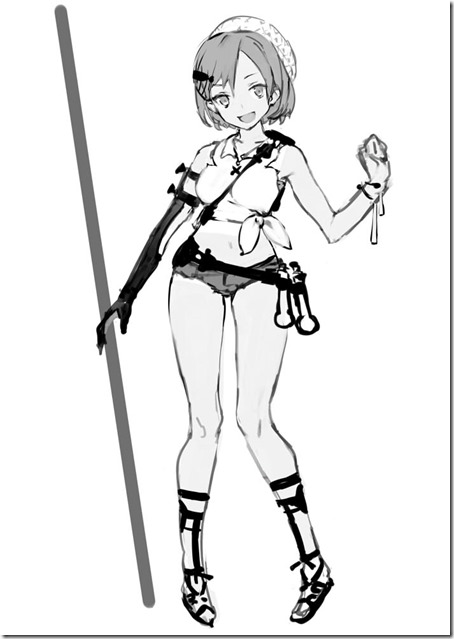 Junzo Hosoi: “So we decided on asking Toridamono-san, and we had him draw Ryza once again, and this is the draft of that (Pictured Above).”

Junzo Hosoi: “We went to the Gust development department in Nagano, and had him draw that after discussions with several staff members and myself. At the time we talked about wanting to make her barefooted to bring out an impression of her being someone energetic who runs around.”

Toridamono talks about the struggles of not understanding how to bring out a “boy-ish personality,” and was even told “That’s wrong” by Atelier series creator Shinichi Yoshiike. Hosoi explains that both he and Toridamono were new to working together, so there was a bit of feeling each other out early on.

4Gamer also points out that Ryza from this design appeared to have had more focus on breasts than thighs, and teases Hosoi about being more a breast man.

You can check out the earlier images of Ryza’s friends below: 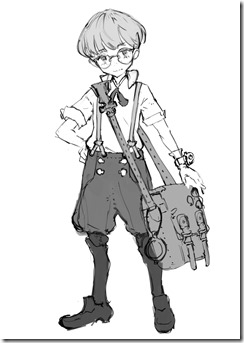 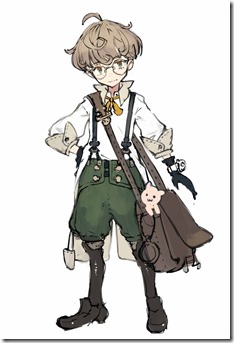 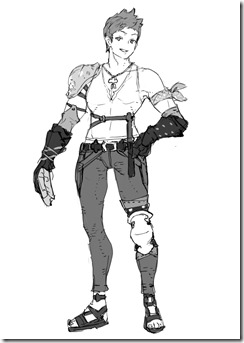 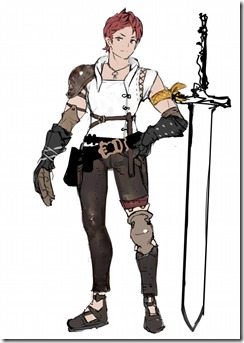 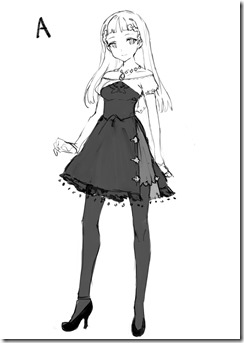 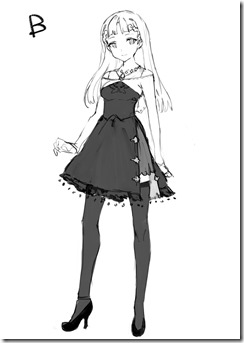 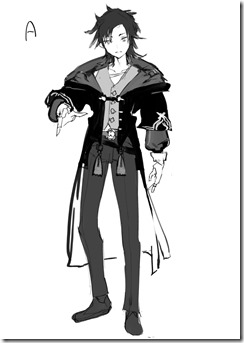 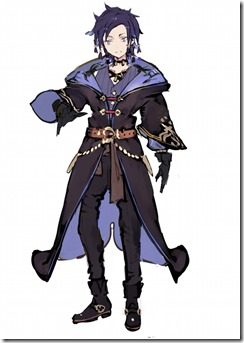 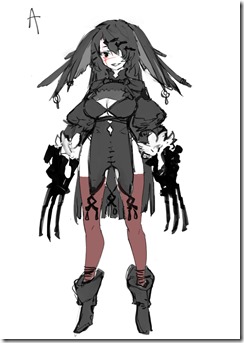 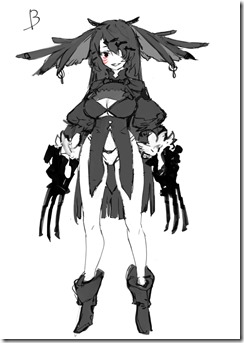 Junzo Hosoi: “Yes, Tao was the very first to be completed. At first he had two bags, but after making him into a 3D model we made it just one shoulder bag due to circumstances.” 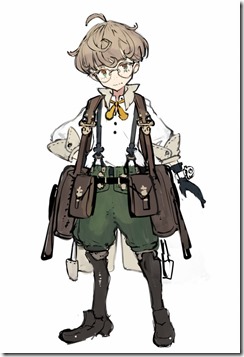 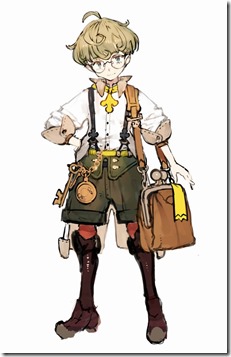 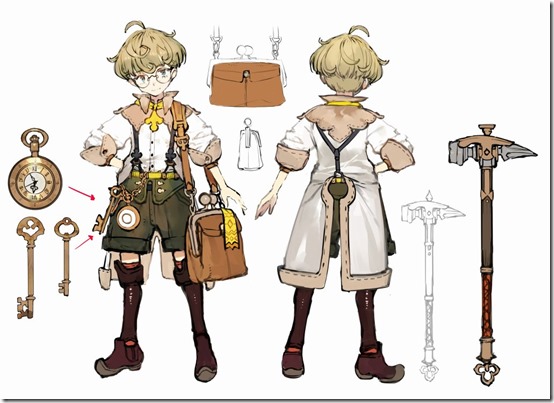 As you can see in the above images, he has more accessories but his 3D model design doesn’t change much from his rough design.

As for Lent, Hosoi felt that he looked too pretty, so they decided to put in more details for a new design. Toridamono prepared about five variants and said to choose whichever one Gust wanted, which was a rare occasion since he’s usually more of a one-and-done kind of artist. However, none of the above designs were chosen because according to Hosoi,  Toridamono said that he “Kind of didn’t like them” as he wasn’t too thrilled about their skeleton and silhouettes. 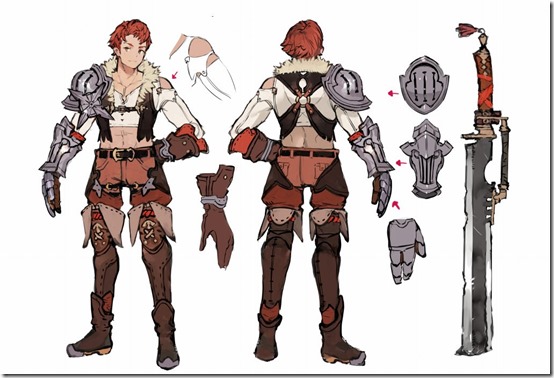 The above is a look at Lent’s designs for his 3D model. 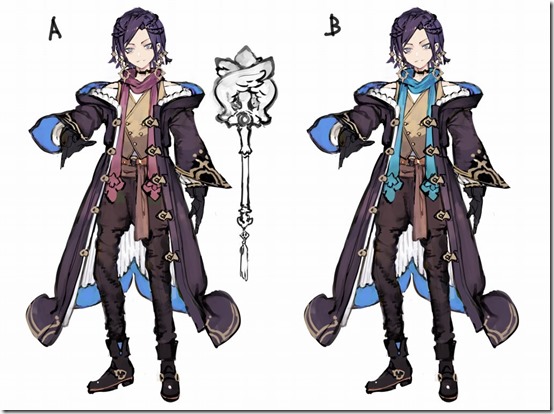 Toridamono: “(On Empel) He has lighter-colored hair, and the reason he wears a lot of layers is because of the remnants of what was previously an old man’s setting. I figured he wouldn’t like the cold.” 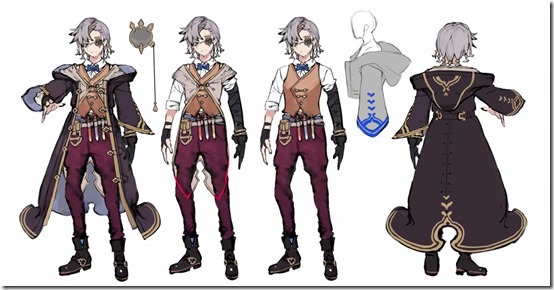 As you can see in the above images, Empel looks like a completely different character with the change of his face and head. 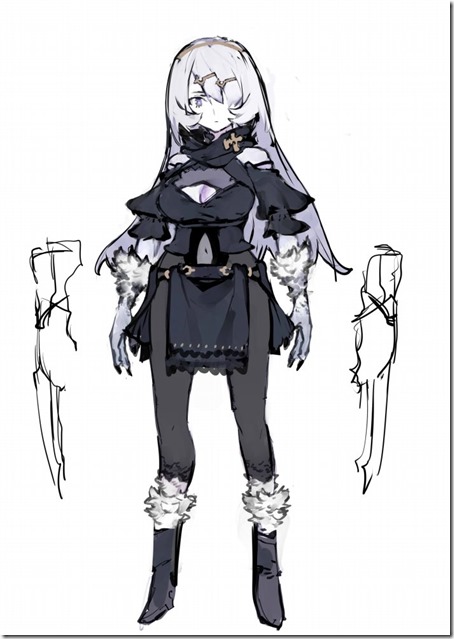 Toridamono: “Lila is a character that is full of mysteries, but she’s actually half-beast, half-human. I can’t reveal much here, but she has a different background from Ryza and the others. For that reason, I had a lot of freedom with her design, and decided to go with elements I specialized in to make a character that pops, I recall being done before I knew it.”

Junzo Hosoi: “You were so quick at making drafts. And to think how you were worried like ‘Hmm, is this really okay?’ for the other characters [laughs].”

Junzo Hosoi: “It was going so well, that he basically finished without being told anything by anyone.” 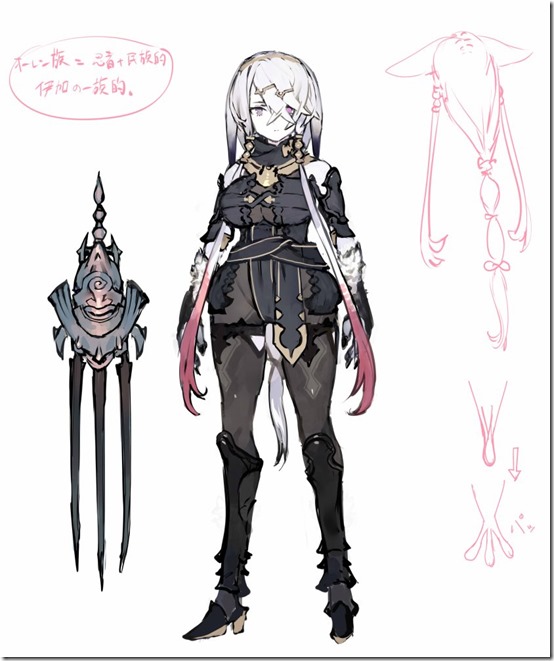 Toridamono: “I felt so anxious because nobody would say anything!” 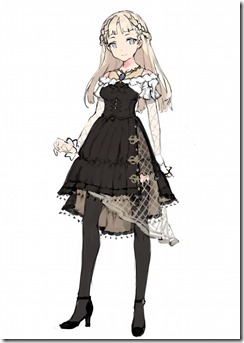 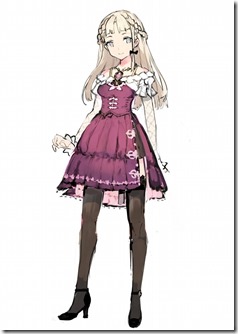 Junzo Hosoi: “We particularly ran into trouble with Klaudia, who was completed after Ryza. Toridamono-san isn’t great with the ojou-sama types.

Toridamono: “I’m not that great at doing designs for frills, dresses, and stuff.” 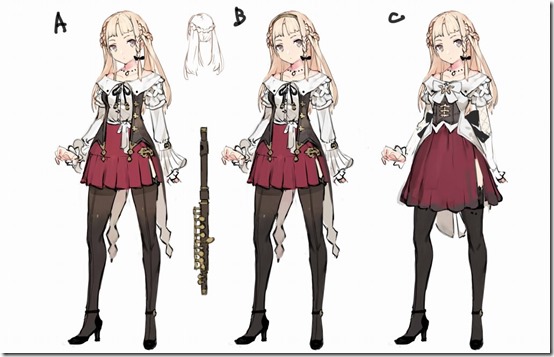 Junzo Hosoi: “The first designs stressed the slit on her skirt more. However, adding a slit to the skirt makes it lose a bit of that ojou-sama feel, so we went with with something different from that design.”

Toridamono: “Since it’s a character that plays the flute, I thought about having her wear a tailcoat like the ones conductors wear, but something felt off about that.” 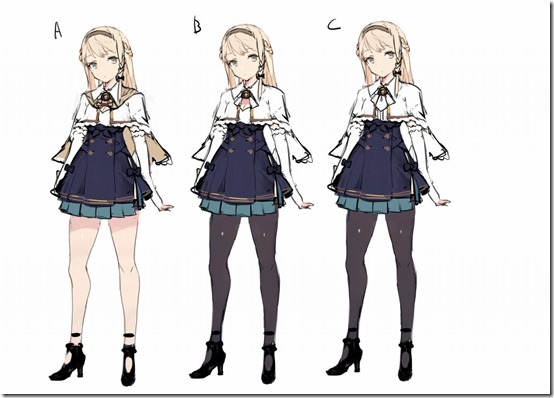 Some of the earlier designs also had Klaudia show more of her bare legs. Toridamono explains that since the childhood friends group of Ryza, Lent, and Tao all have darker parts to their legs, he wanted to see what it’d look like to have one with lighter-colored legs instead, but as we know they decided to stick with the stockings look for Klaudia.

Atelier Ryza: Ever Darkness & the Secret Hideout releases for PlayStation 4 and Nintendo Switch in Japan on September 26, 2019. The game releases for PS4, Switch, and PC in North America on October 29, 2019 and in Europe on November 1, 2019. Check our previous report to see a trailer highlighting more from Ryza and her friends.