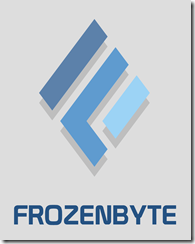 Atlus and Frozenbyte, the studio behind Trine and Shadowgrounds, have an interesting E3 history. Last year, Atlus showed a build of Trine running on an Xbox 360, which they were supposed to release on Xbox Live Arcade. That version of Trine got tangled up and was eventually canned.

This time, Atlus signed a deal with Frozenbyte and picked up the rights to their next title. "We couldn’t be happier signing our new game with Atlus.  As an independent developer we felt that partnering with a publisher who is flexible and shares our vision of the game was the best way to bring the game out to a large audience," said Lauri Hyvärinen, CEO of Frozenbyte.

So, what is the game? Atlus and Frozenbyte aren’t telling, but the 2011 title (yes it’s for next year) will be at E3. We’ll be meeting with Atlus during the show.