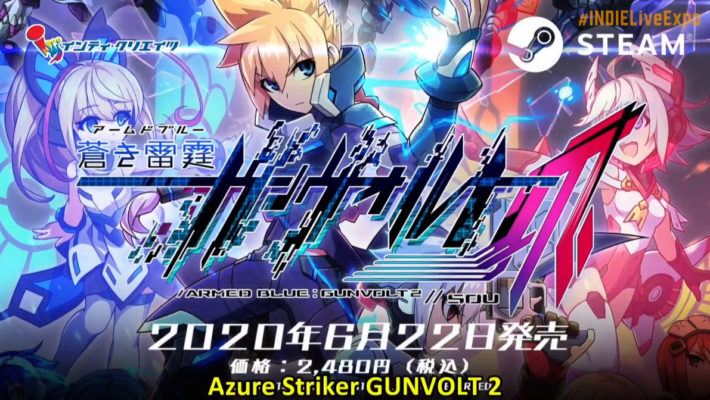 Inti Creates revealed on Indie Live Expo today that Azure Striker Gunvolt 2 is zipping its way onto Steam later this month on June 22, 2020. According to the game company, a PC port of the title has been highly requested.

For those unfamiliar with Gunvolt 2, the game is split into two stories, following Gunvolt and his rival Copen as they each race to save someone precious to them. While Gunvolt plays the same as the first game, this game debuts Copen’s gameplay style of Bullit Dashing and shooting to traverse levels quickly, which would eventually return in last year’s Luminous Avenger iX.

The game’s Steam page is open here, and from the page it seems that Azure Striker Gunvolt 2‘s various DLC challenge stages will not come as part of the base package. The Steam page also reveals the following PC spec requirements: 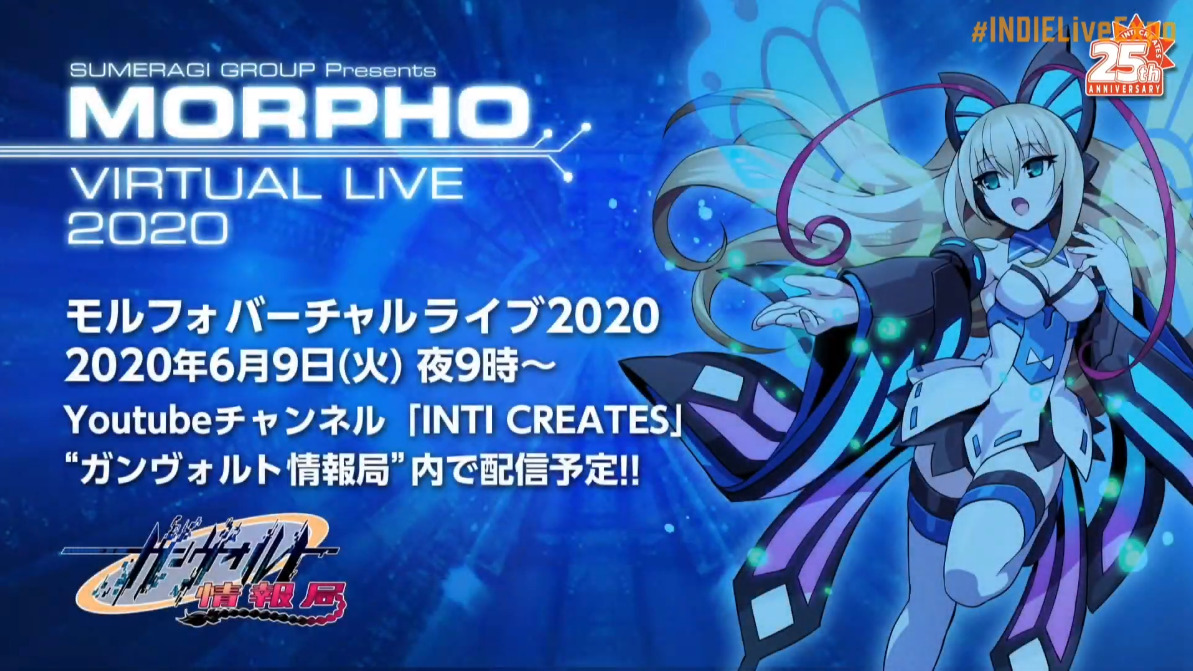 Additionally, Inti Creates will be holding a concert featuring Lumen’s songs. It seems that the live performance will be performed with each band member performing from home. The concert will be shown from 9pm JST on June 9, 2020. (ie. 8am EST on June 9)

Azure Striker Gunvolt 2 is immediately available on the Nintendo 3DS and Nintendo Switch. The game is coming to PS4 as part of the Gunvolt Striker Pack, and will release on Steam on June 22, 2020.