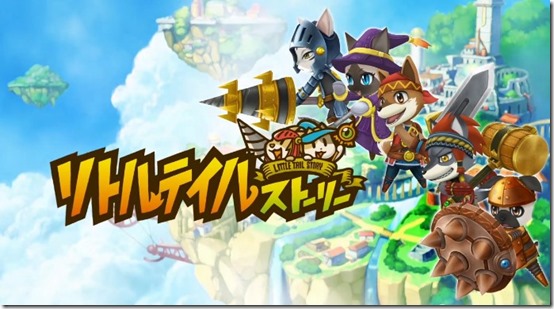 Last week, Bandai Namco teased a mobile game project they’re working on with CyberConnect2, and stated: “The adventure will be courageously endearing”. The game has been revealed as Little Tail Story, a fantasy RPG about cats and dogs.

The above is Little Tail Story’s first trailer, where we get a glimpse of the world that is made of two races: cat and dog people.

In Little Tail Story, you’ll be putting together parties and getting help from others to take on numerous quests, as you upgrade your weapons and equipment to take on harder tasks.

The game’s party system is similar to that of Youkai Watch for Nintendo 3DS, as you use the touch screen to rotate through various party members in combat.

The combat itself is active command-based, and you’ll be rotating through different cats and dogs to find the best combination of attacks using with elemental strengths and weaknesses.

There will be plenty of bosses to fight, and you can use full party attacks like the Cyclone Attack shown at the halfway point of the video. 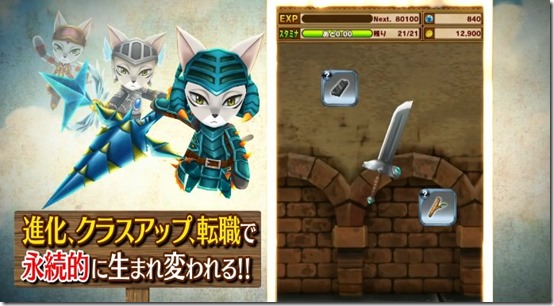 Evolution, class-up, job changes, and item synthesis are some of the features that will help you power-up your party. There are classes such as Swordsman, Knight, Guardian, Wariror, Mage, and more.

Jobs have their own unique skills and can be acquired to use with other jobs upon learning them, similar to the system in Final Fantasy Tactics.