In Nippon Ichi Software’s upcoming action-RPG, you take the role of Plume, the feisty Battle Princess of the kingdom of Schwert. The kingdom is guarded by four armies stationed in the north, south, east, and west, as well as the Princess Army in the capital. As you follow Plume’s journey, you’ll eventually come across members of these armies. 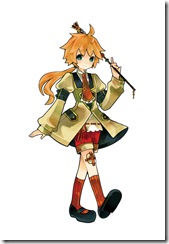 Elias is a bright, handsome mage from Schwert’s northern army. He has climbed up the ranks using just lip service, although he’s also a decent fighter. As a mage, he can use many different long-range attacks. Compared to other characters, he moves more slowly, but when he jumps, he floats in mid-air longer. His special attack is “Petit☆Destroy”, which summons a meteor. 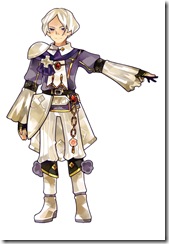 Yulca is the noble commander of Schwert’s eastern army. He has a gentle personality, which makes him popular among his soldiers. However, he has gone MIA while investigating a haunted ship.

As Plume and her companions, you will fight using over 900 different weapons divided into seven categories. You can upgrade them by collecting ingredients in battle and then visiting a workshop in the castle town. You can raise the stats of your weapons and unlock new skills.

Some of your weapons will even be able to evolve into new weapons. Certain weapons in the game are available only through evolving.

Not only can you collect items during levels, but like in the Disgaea games, they are rewarded when you complete each level.

Battle Princess of Arcadia will be released on September 26 for the PlayStation 3.