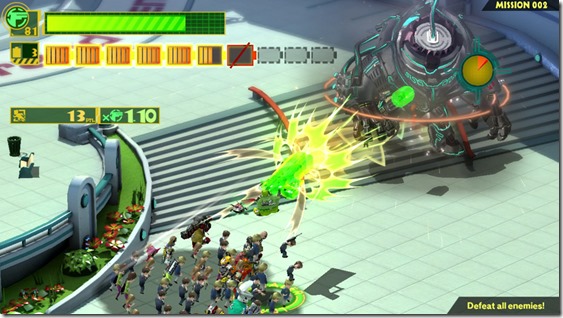 Hideki Kamiya, director of games such as Devil May Cry, Okami, Bayonetta and The Wonderful 101, says that he owes a lot of his success and growth as a designer to his ex-boss, Shinji Mikami, the creator of the Resident Evil series.

In an Iwata Asks interview for The Wonderful 101, Kamiya details how he was placed under Mikami’s guidance when he joined Capcom. The very first project he worked on was Resident Evil.

“Mikami-san was the one at Capcom who first created the style of team on which the director is responsible for the core of the game,” Kamiya reveals. “Until then, Capcom’s company atmosphere had been one of everyone making games together, and it still was when I first joined. So there was a backlash and shock from giving the director absolute authority, and I was often against it, too.”

Kamiya would himself be required to shoulder such responsibility, when Mikami later made him the director of Resident Evil 2. However, instead of taking to the director’s role as well as he would have liked, Kamiya says he “messed up in a big way”.

“As a result of saying okay to everything that came up, it turned out horrible,” Kamiya recalls. “We had to scrap what we had spent a year and a half making.” He adds that, despite this, Mikami allowed him to remain director, convinced that he’d learnt from his mistakes.

The same very nearly happened with Viewtiful Joe and Okami as well, Kamiya reveals, recalling that he struggled with trial-and-error on both games, trying to come up with a core concept for each one, but was unable to do so for a lengthy period of time. Ultimately, with the help of other staff members, the core mechanics of both games were fleshed out under pressure, which led to a drastic change in direction in Okami’s case in particular.

Kamiya ultimately credits the working environment at Capcom with why his games at the company turned out to be of such high quality.