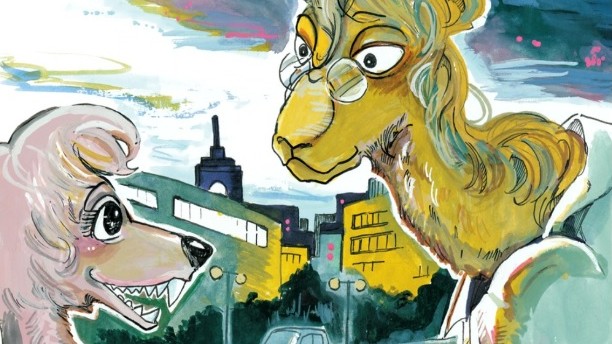 Beastars, by Paru Itagaki, has this complex world with a society where a person’s nature as an herbivore or carnivore and their relationships greatly influence their lives. The main series gives us insight into it as we follow characters like Legoshi and Haru through school and after, but it’s only a glimpse into certain people’s lives. But before Beastars, there was the prequel Beast Complex and, as you might expect, it helps provide even more insight into what people in Itagaki’s creation go through.

Now, an important thing to know about Beast Complex is that you don’t actually need to know about Beastars to get into it. It ran before the series. This also means you don’t have to worry about spoilers as well. Rather, it can sometimes feel like a more mature sort of slice-of-life manga. We’re seeing isolated moments in the lives of six people. If you don’t connect with one storyline, then the next one might be more insightful or interesting to you.

It’s also perfectly designed by Itagaki to explore the sort of dynamics we see throughout Beastars, only in more bite-sized chunks. In that series, we watch the dynamics between people like Legoshi, Louis, and Haru. Here, we see different pairs and how they handle being around people unlike themselves. Like stories with a school setting? There are three of those. Want more mature storylines following established adults? There are three of those too. It offers a nice balance for readers. 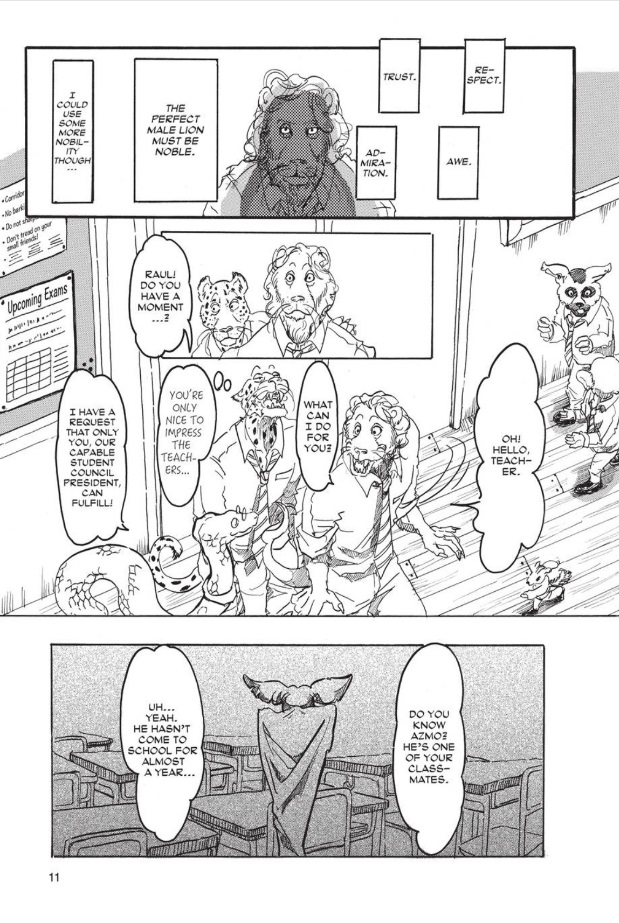 For example, things start out with a lion named Raul. He’s a student council president, everyone likes him, he wants to cultivate a certain air, and he’s hoping to attend Savannah College. His professor sort of convinces/coerces him to see why Azmo, a bat who hasn’t been attending classes, to come to school again in exchange for a recommendation. But when he finds Azmo, he learns more about himself and grows in another positive way.

Each one of these stories shows the different sides of peoples’ personalities. We watch these carnivores and herbivores grow to be more than people might expect. We see the power of the bonds of friendship, which prove that nature doesn’t matter. People’s hearts and what’s inside do. We also watch what happens when more desperate situations happen. Perhaps when an herbivore gets a bit too curious about carnivorous natures or someone falls in with a bad crowd.

With Beast Complex, we get to see even more dynamics and relationships like the ones found in Beastars. There are animal people of all ages, with varying motivations and backgrounds, all dealing with conflicts in their lives. And in each one, we see how the people grow and change, often for the better, as a result of opportunities to spend time together.

Beast Complex volume 1 will be available in English on March 16, 2021. There are two volumes total available in Japan. The Beastars anime is available on Netflix, while Viz is localizing the manga.