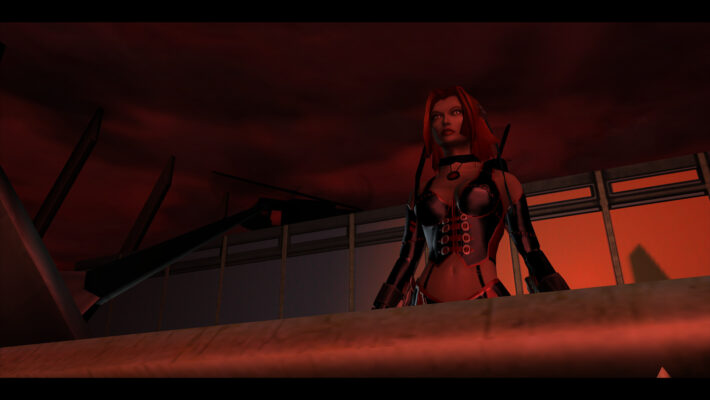 Improved versions of the original BloodRayne and BloodRayne 2 are coming to the Nintendo Switch, PS4, and Xbox One. Ziggurat Interactive announced BloodRayned ReVamped editions of both. These are based on the upgrades in the 2020 Terminal Cut PC versions. They will appear digitally in Fall 2021 on all three consoles. In addition, Limited Run Games will handle PS4 and Switch physical copies.

As these are based on existing updated versions of the games, the changes already came up. In addition to being available on more platforms, they will look better. There will be up-to-4K resolution support for consoles that can handle that. The lighting will be changed, uncompressed original textures will be supported, and the cinematics will be upscaled.

The new localization options will also appear in these versions. That means people can choose the Japanese voice acting option in the original BloodRayne ReVamped. As a reminder, the first game will have English, French, Italian, Japanese, Russian, and Spanish voice acting. Meanwhile, the sequel will only offer English and Russian voices as options.