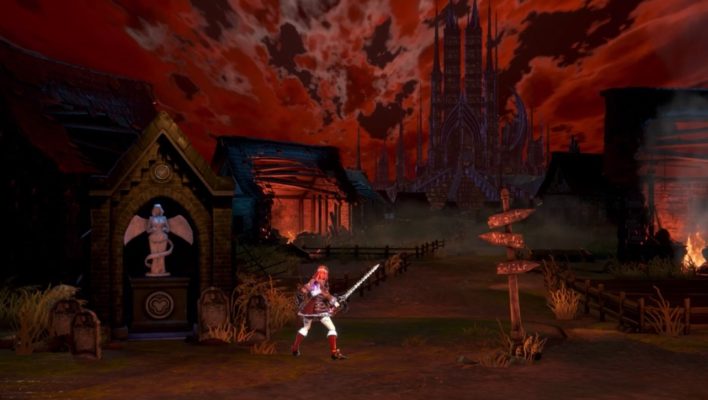 It turns out the Bloodstained: Ritual of the Night Classic Mode has a secret 1986 Mode variant. If people enter a secret code, which is the infamous Konami code, after selecting Classic Mode, it unlocks. They then can see if they can survive the five levels with new limitations on them. [Thanks, IGN!]

Accessing the new mode isn’t difficult. Choose Extra Mode from the game’s main menu. Then, choose Classic Mode. On that screen, press up, up, down, down, left, right, left, then right. Then, if you’re on the Switch, press Y, then A. If you’re using an Xbox One controller, press X, then B. PS4 users would press square, then circle. 1986 Mode will appear at the bottom of the screen, below “Return to Menu.”

Once enabled, Miriam’s movement options are greatly reduced. She’ll now be restricted when claiming stairs, just like Simon in Castlevania was, as you can’t jump on or off them. Some of her evasion options, like the backflip and backstep, are absent. Her whip has new limitations too, as you can only attack when you stand still and she doesn’t have an extended whip.

Bloodstained: Ritual of the Night is available for the Nintendo Switch, PlayStation 4, Xbox One, and PC. Android and Apple iOS versions are also available. The Bloodstained Classic mode and 1986 mode were added in a free January 2021 update.